Joseph Freiherr von Eichendorff (March 10, 1788 – November 26, 1857) was a Prussian novelist, playwright, translator and poet. Mr. Eichendorff was considered to be a major writer of Romanticism. 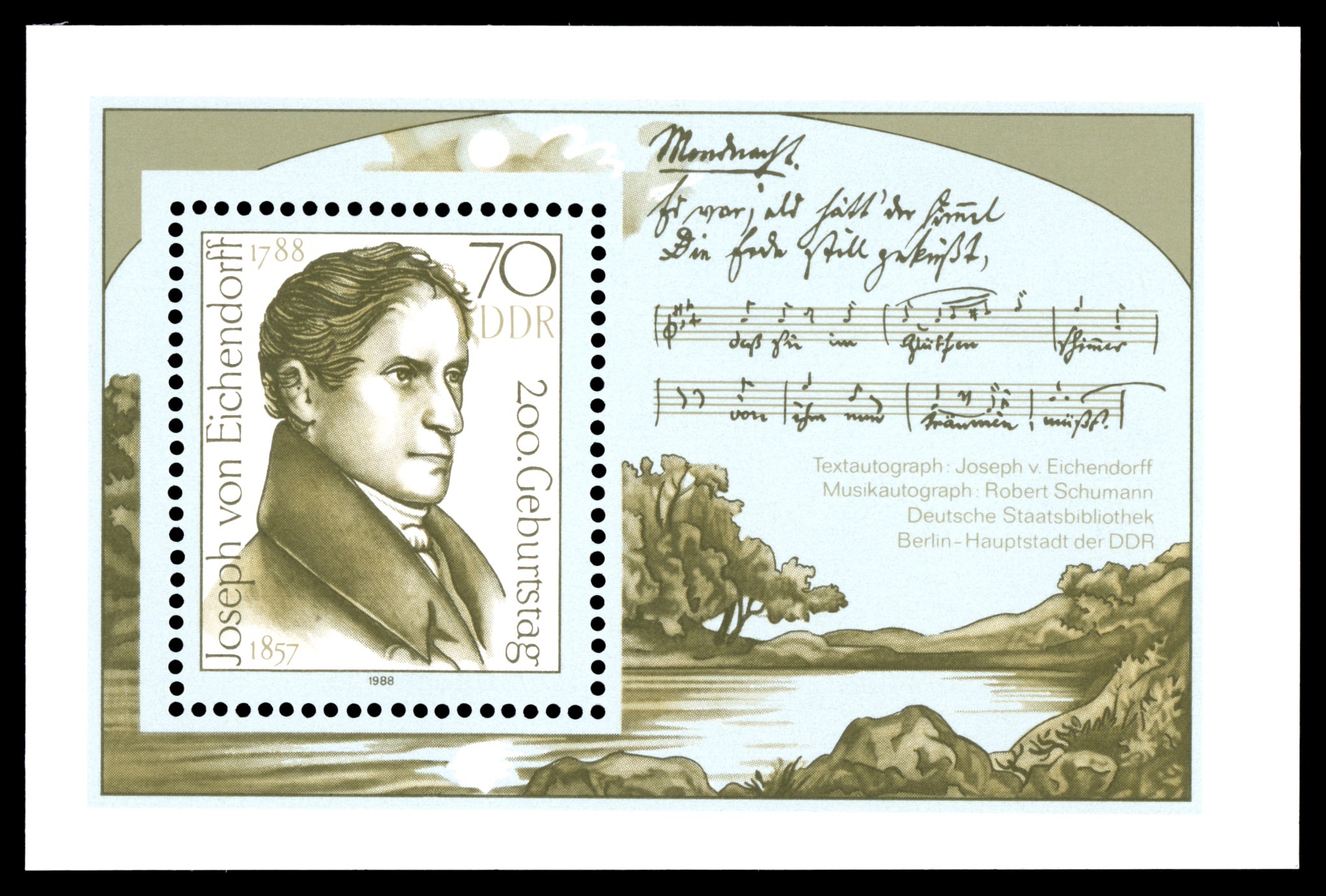 1)      Both of his parents were aristocrats from old noble families. His family, however, was always in dire straits.

2)      As a young man, Mr. Eichendorff was schooled at home and kept a diary from a very young age.

3)      Mr. Eichendorff was said to have been a gifted actor and his brother, Wilhelm, a very good singer and guitar player.

4)      One of his most famous poems, The Broken Ring (Das zerbrochene Ringlein), was written after a 19 year old woman broke his heart.

5)      The author tried to join the Lützow Free Corps to fight Napoleon. By the time he had enough money to buy a uniform, gun, and a horse the war was over.

6)      He married Aloysia von Larisch in 1809. Unfortunatly for his parents who hoped he’d marry a rich bride to save their indebted estate, Ms. Larisch was from a poor Catholic family but still a noble one.

8)      The author’s main occupation was a civil servant for the Prussian government.

9)      Some of the author’s poems have been set to music by such luminaries as Mendelssohn, Brahms, Strauss, and strangely even Nietzche.

10)   The author’s Memoirs of a Good-for-Nothing is considered to be a high point of Romantic fiction.