Jonathan Swift (30 November, 1667 – 19 October, 1745) was an English satirist, essayist, poet, and pamphleteer. Mr. Swift is remembered for his prose and satire in works like Gulliver’s Travels. 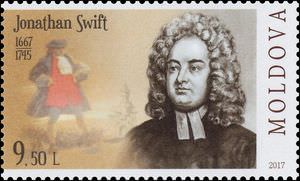