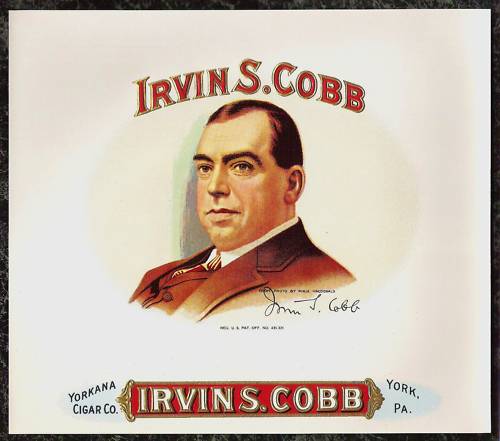 2)      At one time, Mr. Cobb was the highest paid staff reporter in the United States.

5)      Mr. Cobb’s grandfather, a doctor named Reuben Saunders, is credited with a discovery that stopped cholera in 1873.

6)      Many of the author’s stories revolve around his childhood town of Paducah, KY. His nickname was “Duke of Paducah”.