Douglas Adams (11 March, 1952 – 11 May, 2001) was an English humorist and dramatist best known for his series The Hitchhiker’s Guide to the Galaxy. 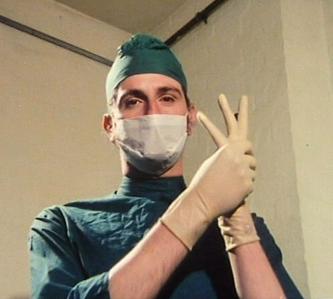 1)      Mr. Adams had some interesting jobs throughout his life. He was a a bodyguard to oil tycoons from Qatar and cleaning chicken sheds at one point.

2)     The Hitchhiker’s Guide to the Galaxy started as a radio show. The idea occurred to Mr. Adams while he lay drunk in a field in Austria looking at the stars.

4)      Mr. Adams was never a prolific writer and constantly missed deadlines. He had to be forced by others to do any writing. Mr. Adams was known for saying: “I love deadlines. I love the whooshing noise they make as they go by.”

6)      Not only did Douglas Adams wrote for Monty Python’s Flying Circus, he also appeared in two episodes.

8)      Mr. Adams was the first person in the United Kingdom to buy an Apple Macintosh (this is disputed, he could have been the second person to do so).

10)   May 25 fans commemorate Douglas Adams by carrying around a towel – aptly named “Towel Day”. According the Hitchhiker’s Guide, a towel is the most useful thing an interstellar hitchhiker can have.