Bill Blackbeard (28 April, 1926 – 10 March, 2011) was a founder-director of the San Francisco Academy of Comic Art, a writer, editor, and comic strip collector. 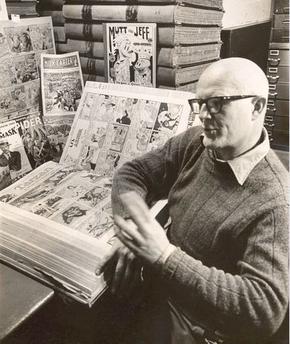 Books in which Bill Blackbeard was involved