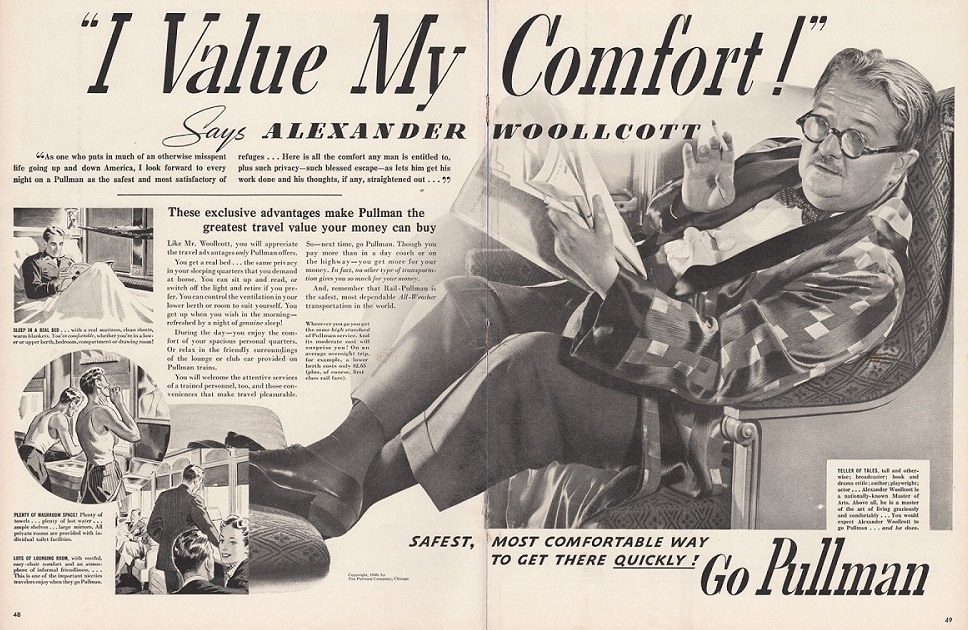 1)      The author was born in Colts Neck Township, NJ to a father who drifted through several jobs spending a long time away from his family.

3)      At college Mr. Woollcott founded a drama group, and was the editor of the student literary magazine.

5)      A day after World War I was declared, Mr. Woollcott volunteered as a private to the medical corps. The intelligence section of the American Expeditionary Forces chose, by now, Sgt. Woollcott to be among the other six or so men who will create the Stars and Stripes.

6)      As the chief reporter, Mr. Woollcott did not just write propaganda, but also the horrors of the Great War.

8)      As a prolific reviewer of Broadway shows, renowned for his savage tongue, he was banned from certain theaters. He did, however, gave a very favorable review to the play I’ll Say She Is, which helped the Marx Brothers upgrade from being successful to superstars. Mr. Woollcott and Harpo Marx remained lifelong friends.

9)      Mr. Woollcott was the inspiration for the main character in the play The Man Who Came to Dinner.

10)   He was one of the most quoted men of his generation.