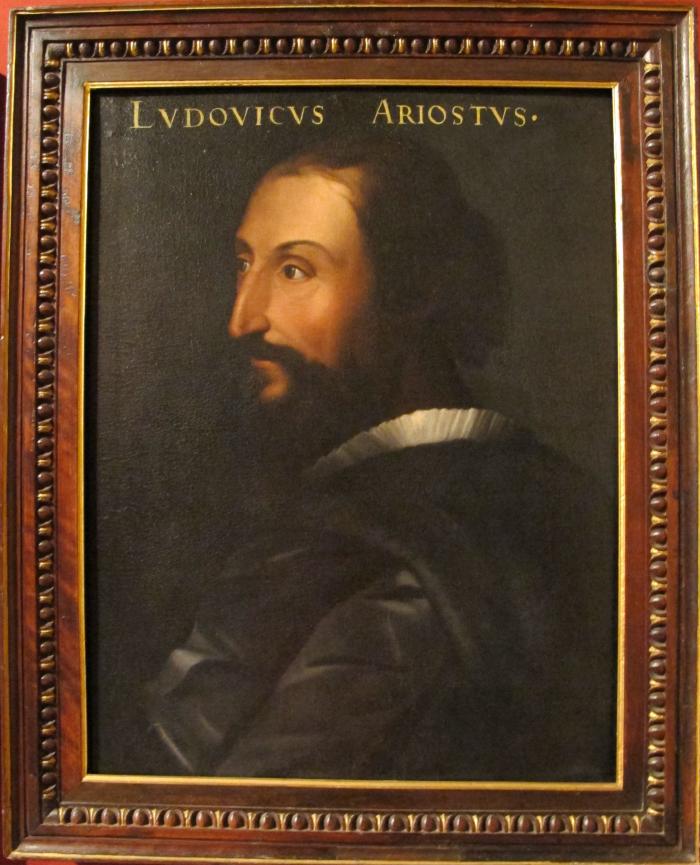 2)      Ariosto’s father was the commander of the citadel and as the eldest son he was expected to study law and succeed him, regardless of his interest in poetry.

3)      After his father died, Ariosto was thrusted into the patriarch position but he still managed to write.

4)      Cardinal Ippolito d’Este took the young poet under his wing. However the Cardinal was not supportive and paid little. He was not appreciative of Orlando Furioso  (which Ariosto dedicated to him) and the poet hated being under his wing.

5)     Orlando Furioso, a romance epic poem, was a continuation of Matteo Maria Boiardo‘s Orlando Innamorato and continues describing the trials and tribulations of Charlemagne, Orlando, and the Franks as they battle against the Saracens (with many sidestories).

6)      The Cardinal’s older sister, Marchioness Isabella d’Este known as the “First Lady of the Renaissance”, appeared in Orlando Furioso. She was not only patron to Ariosto, but also to Leonardo da Vinci.

8)      As governor of the province of Garfagnana, it is said that Ariosto was walking alone when captured by bandits (the province was rife with many gangs of bandits, but as governor Ariosto did not get the resources to fight them). When the chief bandit discovered his captive was the author of Orlando Furioso, he apologized and showed him the respect he deserved.

9)      Cassaria, Aristo’s 1508 play was popular in even translated to English. The play was used by William Shakespeare as a source for The Taming of the Shrew.