Author Anna Sewell (30 March 1820 – 25 April 1878) was an English novelist best known for her classic novel “Black Beauty”. Below are a few facts about Ms. Sewel just in case you’re ever on Jeopardy. 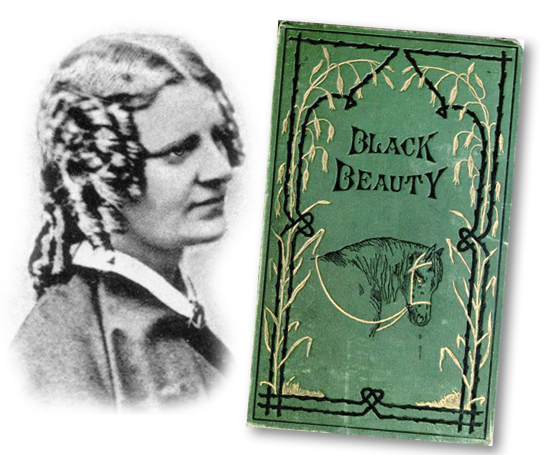 1. Anna Sewell was part of a devout Quaker family.

2. Anna’s mother, Mary Wright Sewell,  was a popular author of “juvenile bestsellers” including “Mother’s Last Words” which sold millions of copies throughout the world.

3. Anna Sewell never recovered fully from an accident she had. Her love for horses is attributed to her difficulty walking.

4. During the writing of “Black Beauty” Anna became sicker and sicker. The novel was finished only through her mother’s transcription and dictation.

5.While traveling in Europe seeking to improve her health, Sewell met several artists, philosophers and writers. The exposure is believed to have contributed to “Black Beauty”.

7. Although considered a children’s classic, Sewell wrote “Black Beauty” for people who work with horses.

8. “Black Beauty” was suppose to have “a special aim being to induce kindness, sympathy, and an understanding treatment of horses”

9.  Sadly, Sewell died several months after the release of “Black Beauty” and was never aware of its acclaim or phenomenal success.