Article first published as Book Review: Flags Over the Warsaw Ghetto by Moshe Arens on Blogcritics.

“During that far-off period of slavery, when the Roman legions trampled almost the entire ancient world, and the whole world kneed before them, only one small Roman province, Judea, took up arms, rose up to fight for freedom and in defense of the honor of man, against a world of injustice.”

Leib “Leon”Rodal
Polish journalist, activist revisionist
co-founder and one of the leaders of the Jewish Military Union , in whose ranks took part in the Warsaw Ghetto Uprising

About:
Flags Over the Warsaw Ghetto: The Untold Story of the Warsaw Ghetto Uprising by Moshe Arens is an important non-fiction book about this famous event. The book is by no means an introductory text book on the subject and should not be treated as such as the reader must have some prior knowledge of these historical events. 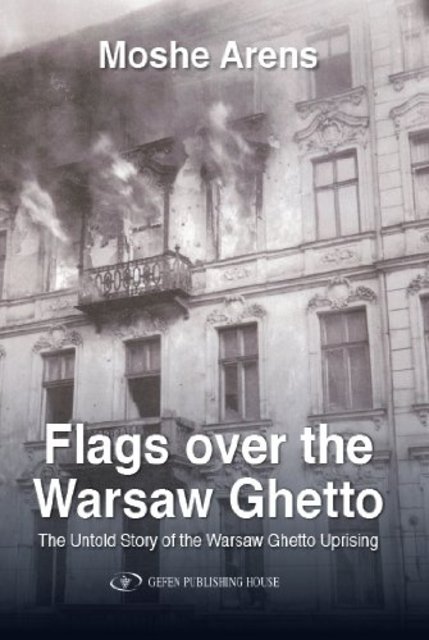 My rating for Flags Over the Warsaw Ghetto – 5

More than anything, the book tells of the inability of humans to set aside ideological differences to fight a common enemy. The book chronicles how two groups of Jews were prevented by ideology to join and fight the Nazi murder machine. The two organizations were the Jewish Fighting Organization (ZOB), led by Mordechai Anielewicz, and the Jewish Military Organization (ZZW), led by Pawel Frenkel didn’t realize that during that time, their ideological differences were largely irrelevant.

Arens states that the different groups were also divided among themselves. Religious and secular Jews, nationalists and assimilationists as well as Zionists and anti-Zionists. Even the Zionist movement was torn apart from within by the mainstream labor group and the militant Revisionists who were followers of Zeev Jabotinsky – a rift that began at the World Zionist Congress in 1931 and became worst after the assassination of Labor Zionist leader Chaim Arlozoroff on a Tel Aviv beach in 1933. The left and right movements of Zionism persists to this day, Arens notes, but the paralysis it caused for the two groups to work together even at the height of the uprising.

Mind you this was on the eve of the greatest mass murder in world history. 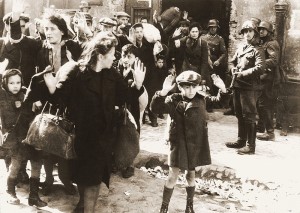 In the book, Arnes states over and over that his main purpose is the give credit to the ZZW whose contribution has been either downplayed or overlooked because the majority of the people to tell the story were ZOB survivors whose personal experience didn’t include the ZZW. The senior commanders of the ZZW all fell in battle, the survivors of the ZOB wanted to give credit to their friends.

The narrative is clear, vivid and fast paced. The amount of documents Arnes examines are amazing. The book includes excellent notes, citations and appendices which fans of history would truly appreciate including the full translated text of the daily reports and summary reports of Brigadefuehrer Jüergen Stroop, the Nazi commander nominated by Himmler to end the revolt and “clear” Warsaw Ghetto of all Jews, as well as the Wiesbaden Report.

The need to unite under difficult conditions is a theme which resonates throughout the book. This theme is important to study and remember not only for Jews, but for all.

BOOK BLOGGERS – Have you read Flags Over the Warsaw Ghetto? If so link up your review below: