Some of the places we chose to visit were places we read about. Some of them were on our way and we simply scheduled a stop, others were a destination.

We do many historical trips, that is my fault. I’m a proud history nerd, and am lucky to live in a young country where the history is still “hands on”. Some of our favorite destinations are homes of US Presidents.

We stopped in Mentor, OH in the home of James A. Garfield, the 20th President. President Garfield, a Civil War General for the United States was assassinated four months into his administration, and died two months later. In her excellent book Destiny of the Republic: A Tale of Medicine, Madness and the Murder of a President author Candice Millard goes into detail about the assassination and whether the President was killed by the assassin’s bullet or the microbes introduced to his body through the doctors’ unwashed hands.
It’s a fascinating, immersive read.

ia Garfield was strong, industrious, educated woman, attuned to the machinations of the Republican party which helped her husband tremendously. After Garfield’s death, his wife Lucretia Garfield, a college graduate and educator lived on a trust fund raised by Cyrus W. Field (creator of AT&T) – think of it as an early form of GoFundMe. Mrs. Garfield upgraded the house to use natural gas, running water, and more include the first presidential library. 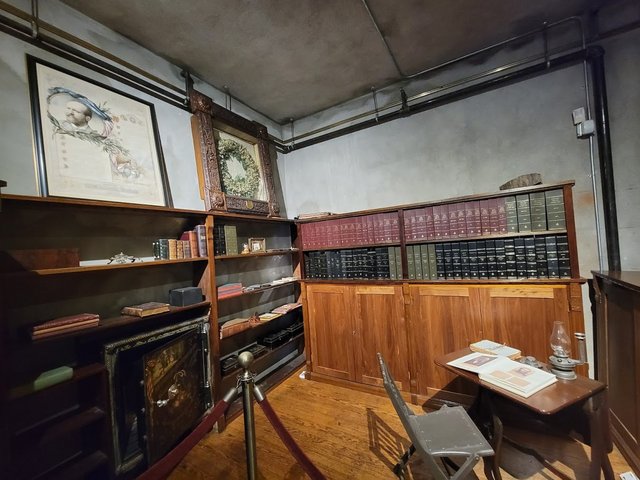 ​The “library” is a room inside their home in Mentor, OH. The room houses all of Mr. Garfield’s books and papers his wife deemed important. A woman ahead of her time, Mrs. Garfield built a fireproof room to house these artifacts, creating the first Presidential Library.

If you are anywhere near Cleveland, I highly recommend this detour. As fascinating as the story of President Garfield is, Mrs. Garfield’s life and contributions are just as captivating.