My debut novel, Venice Beach, is about a 13-year-old runaway. When I started writing it, I hadn’t been 13 in about 40 years. When, after multiple re-writes, I finished it – in the sense that there was nothing else I could do to make it better – I was 51 years older than my protagonist (he was still stuck at 13). Although my first published work of non-fiction came at age 33, I am a late-blooming fiction writer.

Which is as it should be, at least for me: I never could have written this book in my 20s or 30s; I simply had not lived enough or reflected enough to know what I wanted to say about my 13-year-old self. In fact, when I started writing I did not realize the degree to which I was writing about myself, and my official line remains that Venice Beach is not an autobiographical story. Just consider the facts: I never ran away from home (fantasies don’t count); I was in my early 50’s before I visited Venice, California; and I never earned money running drugs. I did, however, think about suicide – a lot. Sadly, however, that is not rare among 13-year-olds. 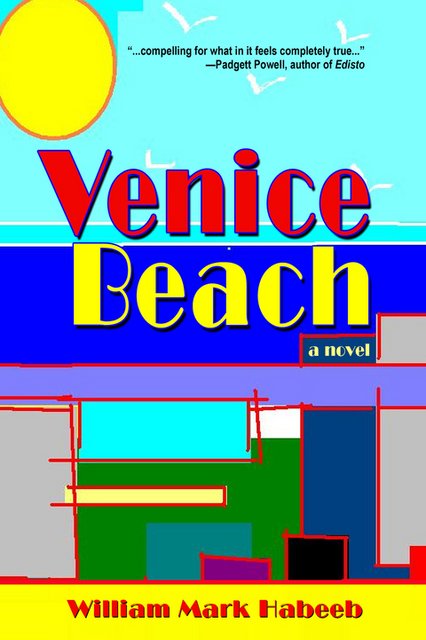 But there’s one fact that I cannot deny: In 1968, the year my novel begins, I was…well, 13, just like my protagonist. And there’s something else: All fiction is inherently autobiographical because the story and the characters, no matter how little they outwardly reflect the author’s biography, are creations of the author’s mind – including the unconscious mind — which in turn is a creation of the author’s lived experience and the emotional impact of that lived experience. I found writing Venice Beach akin to having a “waking dream,” my conscious mind (the one that did the writing) in a kind of conversation with my unconscious mind; quite frequently, I would write a passage, then sit back and say, “wow…where did that come from?”

So yes, the boy Moon – my protagonist – is very much me. More specifically, his life is my unlived life, my alternate-universe life. I think that deep down, I wish I had been him, which may come as a surprise to those who have read the book because his life is profoundly traumatic, marked by heartbreak and loss and existential confusion. Why would anyone envy or aspire to that? Aren’t the teen years tough enough in the best of circumstances? If you’re going to fantasize and write about your unlived life, why not make it an idyllic one?

Here’s why: What I envy about Moon is his power, his agency. Mind you, he’s physically small, timid, scared of all sorts of things, not sure whether breathing in and breathing out is still worth continuing, and – when the story starts – he’s homeless and out of money. But he discovers in himself the courage to flee his abusive and unhappy home, get on a Greyhound Bus, and travel 2,000 miles to a strange city. He makes decisions no 13-year-old should have to make – lots of bad ones that could have gotten him killed, but just enough good ones to survive. And nobody was guiding him or telling him what to do. I wish I had been him when I was 13.

When the story ends Moon is 15 and must make yet another decision, a monumental decision that will change the trajectory of his life. He still has no one to tell him what to do, but by now he is part of a new family largely of his own assemblage, a constellation of caring people. While we are inclined and socialized to think of family in biological terms, the word need not refer only to those to whom we are related by DNA. Moon’s ultimate power — his personal superpower — is the power to find or create what he needs to survive. In his case, it is a rickety, fragile family of fellow misfits and outsiders – his “people.” But it isn’t just a utilitarian family cobbled together to meet Moon’s needs; he meets their needs, too. And he falls in love – with two people at the same time, no less.

Venice Beach has been classified as a “coming-of-age” novel, a classification that I have no quarrels with – as long as it’s understood that coming-of-age is not regarded as a synonym for adolescence or being a teenager. The coming-of-age years – generally defined as the years between ages 12 and 18 — is so much more than a period of life wedged between childhood and adulthood. Coming-of-age is a process, not a block of time; it is a hot emotional forge in which we are hammered into the shapes that will last a lifetime.

Moon’s coming-of-age is especially difficult because of his circumstances, but very few of us get through this process unscarred or untested. While nothing in Venice Beach is factual, for me, it is all so true.

William Mark Habeeb was born and raised in Alabama, the son of a Lebanese immigrant father and a Cuban-American mother. He earned degrees in international relations at Georgetown and Johns Hopkins Universities, read literature and philosophy at the University of Sussex and studied psychoanalytic theory with the Washington Center for Psychoanalysis. He teaches in Georgetown University’s School of Foreign Service and lives in Virginia with his wife. He is a member of the board of Virginia Humanities, the state’s humanities council. Habeeb has published over a dozen non-fiction books for scholarly, general public and young adult audiences. His short fiction has appeared in the Berkeley Fiction Review and Broken Pencil. Venice Beach is his first novel. His website is https://www.williammarkhabeeb.com.

Article Name
Book Spotlight: Venice Beach by William Mark Habeeb
Description
Venice Beach has been classified as a “coming-of-age” novel, a classification that I have no quarrels with – as long as it’s understood that coming-of-age is not regarded as a synonym for adolescence or being a teenager
Author
William Mark Habeeb
Publisher Name
Man of la Book - A Bookish Blog
Publisher Logo