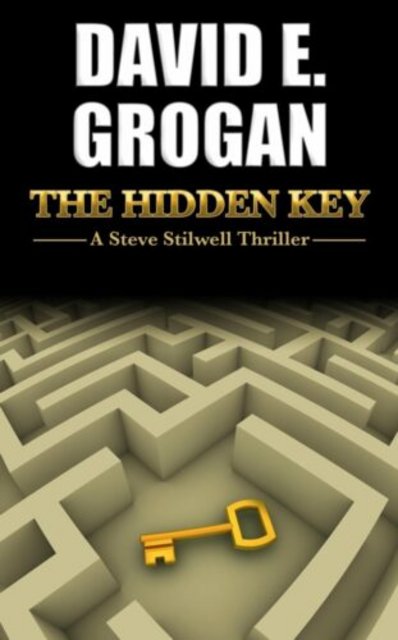 When Navy veteran Kevin Jones answers the door for two men he doesn’t know, he can’t foresee the Pandora’s Box he’s opening. One week later, attorney Steve Stilwell meets with a billionaire businessman in a London eatery. As two men burst into the restaurant, Steve’s new client cries out “I’ve sold my soul.” Moments later he is dead, leaving Steve to figure out why.

Steve finds his first clue in a package addressed to his dead client containing an ancient map etched into a clay tablet. Soon powerful people descend on him and his wounded warrior law partner, Casey Pantel, to take the tablet from them. Not knowing who can be trusted and who should be feared, they dig deeper and deeper to decipher the tablet’s secrets. Their quest takes them along a trail of murder and intrigue winding from Italy to India. With time running out and their own motives being questioned, Steve and Casey must unmask those seeking to exploit the tablet’s secrets before they, too, fall victim to its power.

The Hidden Key is the third novel in the Steve Stilwell series, on-sale April 14th, 2020.

David E. Grogan was born in Rome, New York, and was raised in Cleveland, Ohio. After graduating from the College of William & Mary in Virginia, he began working for the accounting firm Arthur Andersen & Co., in Houston, Texas, as a Certified Public Accountant. He left Arthur Andersen in 1984 to attend the University of Virginia School of Law in Charlottesville, Virginia, graduating in 1987. He earned his Master’s Degree in International Law from The George Washington University Law School and is a licensed attorney in the Commonwealth of Virginia.

Grogan served on active duty in the United States Navy for over 26 years as a Navy Judge Advocate. During the course of his Navy career, he prosecuted and defended court-martial cases; negotiated agreements in capitals around the world; lived abroad in Japan, Cuba and Bahrain; deployed to the Mediterranean Sea and the Persian Gulf onboard the nuclear powered aircraft carrier USS Enterprise; and actively contributed to the fight against piracy and international terrorism. His experiences abroad and during the course of his career influence every aspect of his writing. The Hidden Key is his third novel. His first two novels were Sapphire Pavilion and The Siegel Dispositions.

Grogan’s current home is in Savoy, Illinois, where he lives with his wife and their dog, Marley. He has three children. His website is davidegrogan.com.