Will by Will Smith and Mark Hanson is a memoir of the famous actor, musician, producer, family man, and all-around nice guy. Mark Hanson is a New York Times bestselling author and a widely (and wildly) published writer. 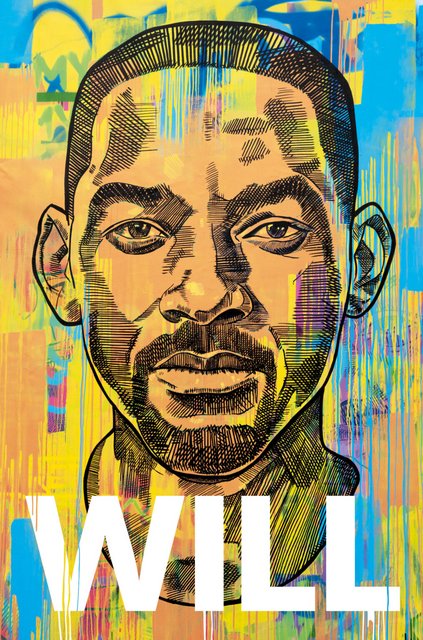 My rating for Will – 5
Buy Will  from Amazon.com*
More Books by Mark Hanson*

I enjoyed this memoir way more than I thought I would. It is entertaining, funny, introspective, extremely personal, open, as well as one hell of a ride. Will Smith’s natural charisma, a trait he’s certainly known for, drips out of the pages.

Will by Will Smith and Mark Hanson starts with Mr. Smith’s childhood in Philadelphia, early successes, and, of course, becoming a worldwide superstar. I found it amusing that the great advice he got from Arnold Schwarzenegger (whose memoir I also enjoyed tremendously), got him to focus his efforts to become a worldwide sensation, instead of just a Philly boy who made it big.

Will Smith and I are approximately the same age, which made the book even more relatable. I know exactly how he felt when he watched Dallas, I remember the start of hip-hop, as well as other cultural milestones.

Will Smith, obviously a talented bright man, also had the discipline to take his gifts and create a successful legacy. This is a reoccurring theme in the book, giving a double meaning to the title. Mr. Smith loves to give credit to others, his family, co-stars, mentors, and life-long friends. He is indeed a lucky man to find such good friends, so early in life. Friends whom you can trust, especially when climbing upwards, are rare and he knows how lucky he is.

The pre-Internet chapters, making music with DJ Jazzy Jeff, touring with the biggest names in hip-hop, as well as changing music forever are fantastic. We follow Mr. Smith on his downfall from the musical Olympus, to the second chance given to him by Quincy Jones to star in a new sitcom called The Fresh Prince of Bel-Air.

Along the way, Mr. Smith’s quest for money (a hero’s journey of sorts), fame, box-office records, and a Southfork style ranch takes over his life. A disciplined man who thrives on details (side note: I found at least one minor error in the book), he cannot separate Will Smith, movie star, from Willard Carroll Smith, Jr. – a family man. That realization is central to the book and the self-reflection that it provides to the reader. As his fame hits cloud nine, he realizes that he is addicted to fame, money, and records. However, his family and friends are suffering due to his addiction, and, to his credit, he takes steps to change himself.

And, I thought how he introduced Jada Pinkett to his Mom was funny… since he asked. I, however, would never do that to anyone I know, or don’t know for that matter.

Buy Will  from Amazon.com*
More Books by Mark Hanson*

Will by Will Smith and Mark Hanson