Two Storm Wood by Philip Gray is a thriller/mystery set on the battlefields of the Somme, a few months after the Armistice of World War I. Mr. Gray is a journalist and teacher, this is his first novel. 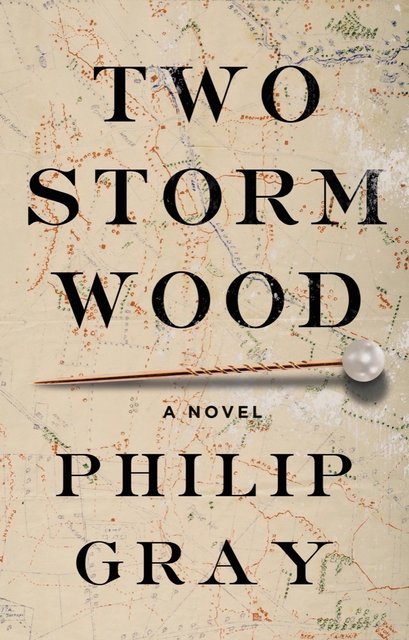 While it was a bit difficult for me to get into this book, by the time I finished it was surprisingly difficult to put down. I was very impressed with the research that went into Two Storm Wood by Philip Gray which, indeed, gives the reader a good idea of what those battlefields looked like.

This is not a book that glamorizes the thunder of battle. It follows the volunteers whose job it was to unbury dead soldiers, attempt to identify them in whatever state of decompression they might be, and by all means, give them a proper burial.
Over half a million bodies.

Mr. Gray did a vast amount of research, it certainly shows in this book which is both dark and moody. Kudos to him for writing about the unknown soldiers, a subject filled with grief, as well as horror. The living hell of the aftermath of war, seen through the eyes of a female English aristocrat, comes through vividly and in detail.

The aftermath of World War I is something I knew very little about. For example, I had no idea that many Chinese men were brought over to do much of the menial work like digging trenches, and exhuming bodies. Their efforts, it seemed, have been all but forgotten.

The author wrote this book to honor his grandfather, a veteran of both World Wars, including the Battle of the Somme. A consummate record keeper, he supplied much of the maps and manuals the author used to write this book.
I can’t think of a more fitting tribute.

Amy Vanneck has arrived on a battlefield in northern France, where her fiancé has disappeared. Amy wants to find his body without reservation so he can have a proper burial.

Assisted by Captain Mackenzie, Amy discovers that Edward Haslam has unquestionably fallen at Two Storm Wood. This is a place where atrocities and savagery, shocking even for the brutal war, have happened.