Those of Us About to Die by Michael Woodhead is a historical fantasy following four young women gladiators in Rome. Mr. Woodhead is a self-published novelist, a writer, and reviewer. 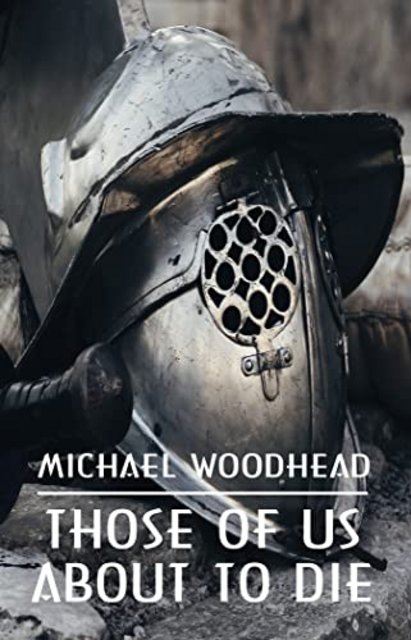 Those of Us About to Die by Michael Woodhead was a mixed bag, with several interesting backstories, with a very foreseeable main arc of putting all the main characters in an arena. Two of the protagonists, Jurissa and Achillia were interesting and well-written. The other two, Gwenydd and Lei Ling, were lacking in depth.

I have no idea why the author chose to include Emperor Nero and Saul the Apostle in the narrative. They didn’t add anything to the story, Saul especially. On the bright side, the book didn’t turn out to be some disguised religious pamphlet either.

The book is arranged in a way where each section is basically told from the viewpoint of one character. I don’t mind this type of story-telling, I enjoyed Jeff Shaara’s American Civil War series which is written in the same way.

Overall, the book does have a lot of gratuitous sex and violence, which I would think will turn some readers off. I don’t mind them; this is a story about a time and a place when these things were prevalent. However, much of the time I didn’t feel they added anything to the story and skipped many of them. At a hefty 440 pages, there was a lot of “fluff” that could have been cut out (this is, of course, just my own opinion).

The story is certainly captivating, but not as focused on the most interesting characters. The narrative does flow, and it’s an easy read which can capture one’s imagination.

The book follows Jurissa, an Amazon warrior who was sold as a slave to a gladiator school, Gwenydd, daughter of Eceni Queen, Boudicca who is planning to gain her freedom by racing chariots. Lei Ling, is a slave girl who escaped her master’s villa and is an expert user of the bow. And Khushi, a guard of an Indian ruler known as Achillia the gladiator.

The book also follows Emperor Nero, and Saul the Apostle in minor roles.

Buy Those of Us About to Die from Amazon.com*
More Books by Michael Woodhead*

Zohar — Man of la Book
Dis­claimer: I bought this book for free.
*Ama­zon links point to an affil­i­ate account, the money is usually spent on books

Those of Us About to Die by Michael Woodhead