The Sewing Girl’s Tale: A Story of Crime and Consequences in Revolutionary America by John Wood Sweet dramatizes the first published rape trial after the American Revolution, 1793. Mr. Sweet is a professor of history and a published author. 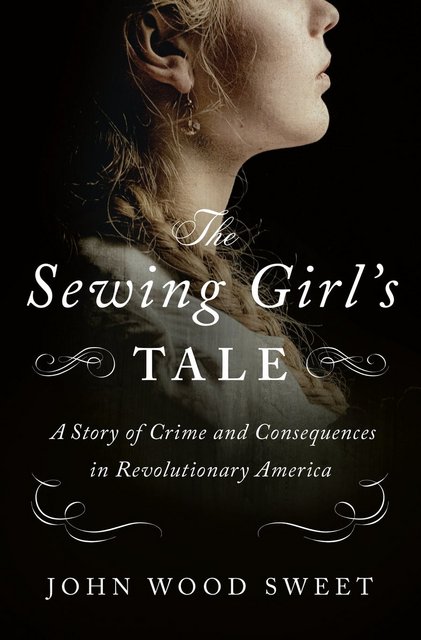 When I first started reading The Sewing Girl’s Tale: A Story of Crime and Consequences in Revolutionary America by John Wood Sweet, I was under the impression that it was historical fiction. It is not, this is a solid history book, which dramatizes the events for Lanah Sawyer’s rape.

The book expertly navigates between life in the late 1700s New York, a courtroom drama, and expert analysis. Mr. Sweet explains the ins and out of the complex, and anarchic legal system in a simple manner that even a schmo like me could understand.

The author details the events leading up to the rape, this is where the “historical fiction” comes in, the trial from first-hand accounts, and the aftermath for the people, as well as the border contexts of the changes in society and culture. What’s really disturbing about the book is how many things have not changed since then. I was astounded to learn that the law and the arguments for this case are still being used today.

Rape and Seduction cases, viewed through the lens of the time, had a lot to do with classism, sexism, and racism. If a man was found guilty of “seduction” (a civil charge which does not carry the death penalty), he had to pay because his action caused the woman’s employer to lose money. Granted that was just reasoning to punish someone, but I had no idea this charge even existed.

Most important of all, Mr. Sweet gives Lanah Sawyer, a woman who has been lost to history, a voice. Even though Ms. Sawyer was ignored by the courts (the suit was brought forth by her step-father), she is front and center throughout the whole book.  The voices of other women, such as the defense attorneys’ wives, also get a voice that otherwise would have been silenced.

New York in 1793 was a small place. The rapist Bedlow, for example, employed both Alexander Hamilton and Aaron Burr as his lawyers several years later, seeking to undo the Seduction charges. In a somewhat related issue, Mr. Sweet takes a few pages to talk about the Maria Reynolds/Alexander Hamilton affair in a clear and concise manner.

This is a powerful book, it starts a bit slowly but picks up soon after, and is certainly difficult to put down once the trial begins. Most important of all, it is a thought-provoking tale, that reverberates through time, and is still relevant in today’s America.

Lanah Sawyer, a 17-year-old seamstress, thought she met a nice guy. But on a moonless night, he dragged her to a New York brothel and raped her. At the time, this crime was kept a secret and rich white man usually got away with it, even if it was reported.

But Lanah Sawyer did what many others didn’t dare – she charged a gentleman with rape.

The Sewing Girl’s Tale: A Story of Crime and Consequences in Revolutionary America by John Wood Sweet