“The Sentry” by Robert Crais (Website | Facebook) is a fictional story involving tough-guy mercenary Joe Pike and his friend private investigator Elvis Cole. Mr. Crais lets Joe Pike loose and the bad guys learn to regret it from the early pages on. 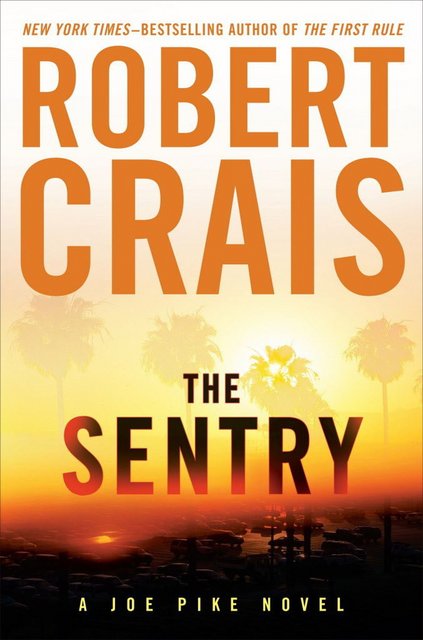 My rating for The Sentry – 3
Buy The Sentry from Amazon.com*
More Books by Robert Crais*

“The Sentry” by Robert Crais is part of a series, an fact I did not know when getting the book. Normally I don’t like to read a series out of order but I also don’t have the time to read the other 11 books.

This novel is intense, action packed with a high body count. All good so far as these type of books error to the side of enjoyment vs. being seamless. Mr. Crais does a great job keeping the plot moving forward fast so that we, the readers, can let go of reality until the last page.

The narrative is good, easily understood and confident. The tale of honor and betrayal is accompanied by interesting characters which makes the package highly entertaining. The novel is told through the eyes of Joe Pike, a tough ex-Marine, ex-cop and current mercenary. Mr. Crais uses this novel to explore Pike’s psyche. The author keeps the cast of characters limited, but those who participate are drawn fairly well (again I must emphasize that I did not read the other books in the series).

Mr. Crais sets his scenes expertly before unleashing all hell (or Joe Pike in this case) in them. The lines which could very easily come off cheesy actually work somewhat seamlessly. The ending caught me by surprise and Mr. Crais did an excellent job, as he did throughout the book, setting it up.

The plot was a bit strange, even though this is my first introduction to Joe Pike it seemed unlikely to me that he’ll fall head over heels in mere seconds – if he’s even capable of falling in love at all. Maybe because of the time I spent in the military I met a few (very few) characters who could be real life Pikes.

I’m looking forward to read more of the series, this time from the beginning. 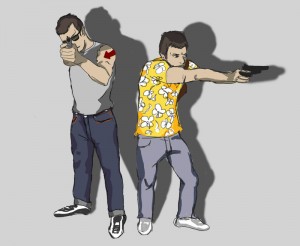 On a sunny day Joe Pike stops for a mundane task – get gas. From his viewpoint he sees to gangsters go into a store to beat up the owner. Getting involved he meets Wilson and Dru becoming emotionally vested in Dru Rayne who takes the role of damsel in distress.

Joe offers his help to Dru but she doesn’t want it, neither does the police or the federal agents who are involved. While the story, action and violence escalate Joe Pike himself becomes the target. As he works to solve this strange case it turns out the Joe cannot trust anyone involved (except Elvis Cole).

Buy The Sentry from Amazon.com*
More Books by Robert Crais*

BOOK BLOGGERS – Have you read “The Sentry”? If so link up your review below

The Sentry by Robert Crais