“The Secret Speech” by Tom Rob Smith is the fictional follow up to his engrossing debut book “Child 44” (book review) in which we continue follow the tortured life of MGB agent turned homicide detective Leo Demidov. 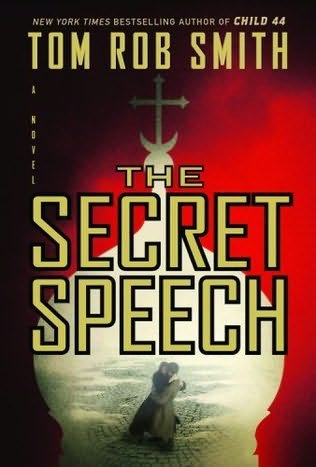 Inevitably this book is compared to its brilliant predecessor which recounts the fictional pursuit of a mass murderer, as well as Leo’s realization that working as a government agent, he might not be the “good guy” in the story of life. This book never achieves that urgency and rush which resonated with “Child 44” but I will try to review it on its own merit.

What “The Secret Speech” does achieve is broadening the moral scope of the protagonist, questioning his share of the collective guilt of institutionalized oppression against your own people. Much like the Soviet Premier Nikita Kruschev’s secret speech (secret because it was supposed to be heard only behind closed doors) which is referred to in the title and drives the plot, the theme of guilt is played out well together with the absurdity of blindly following the “state”.

The feeling of Soviet paranoia and instability, so prominent in “Child 44”, simply isn’t there. The plot is so unnaturally twisted that the book almost seems as if it is written as a Hollywood screenplay instead of a story arc. Leo’s character seemed almost comical, his ability to overcome every twist, turn and surefire death is uncanny The rest of the characters, well drawn in the beginning, fall flat towards the end. The villain of this story, Fraera, who drives the narrative, is one of the weaker elements of this story.

One of the strong points of “The Secret Speech” is that the history in this book is accurate. The book is a well written, fast moving page turner in a relentless pace – which, as mentioned above, is also its downfall.

In 1956 Soviet Russia was shaken by the contents of Nikita Kruschev’s secret speech denouncing Stalin and ushering in a new era have became public. The criminal gangs of the vory have begun a wave of reprisal against those who enforced the brutal policy of the State. One of those people is former MGB agent Leo Demidov.

Leo, his wife Raisa and two adoptive daughters, Zoya & Elena, live in Moscow where they try to adjust to their new life. Elena is adjusting nicely, but Zoya, the older daughter, still blames Leo for the murder of her parents by one of his colleagues. Leo has left the MGB to start an unofficial homicide department (there are no crimes in the “People’s Paradise”).

This is when we meet Fraera, an unlikely leader of a vory gang, wife of a priest imprisoned by Leo seven years earlier. Fraera wants her revenge on Leo and she uses his family to exact it. The villain counts on Leo to do anything to protect his family, but she did not count on his skill, determination and great luck.