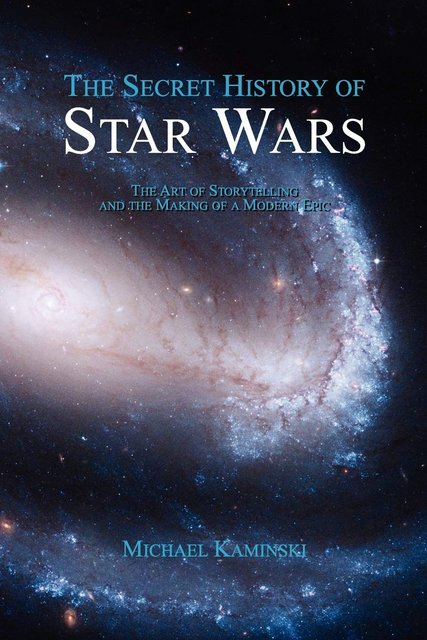 My rating for The Secret History of Star Wars – 5

Thoughts:
The Secret History of Star Wars by Michael Kaminski (website | Facebook) is a rare breed: a readable, dense page-turner, easy to follow non-fiction book. Mr. Kaminski writes about the expanding universe of Star Wars from the beginning, ignoring all the marketing and publicity propaganda which fans have been fed to over the years.

I’m not a huge Star Wars fan, I like the movies (even though I’ve seen better), love the stories (even though I heard better) but I think that the imagination and creativeness behind the saga are second to none. I’ve recently been reintroduced to the movies lately because my son (5) has gotten into the animated Star Wars: The Clone Wars series and simply had to see where it all begun. To be honest, I like the animated series much better than the material that spawned the program. 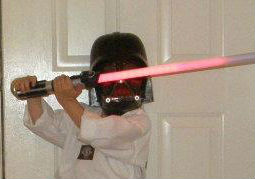 The process of making movies has always fascinated me, if I had any inkling of talent doing anything which might resemble “art” (painting, writing, photography, etc.) I would have loved to join the industry. Of course from my understanding a thick skin is also useful, as well as being able to be in the same room/building/town/state with the likes of Ari Gold.
But I digress.

This amazing book follows the George Lucas’ creative process used to create a generational saga which spans decades, families and universes. The glimpse into the mind’s eye of George Lucas is already worth the price of admission.

That being said, the book is not only long, but dense. That doesn’t mean it is uninteresting, quite the opposite, but it is not a fast read, albeit and easy one. The narrative flows and the author, how must have been aware of the density during the time the book was written, reminds the reader every now and then about aspects which have already been covered previously. I found this aspect of the book to be helpful especially to someone like me who is not very familiar, but not intimately familiar, with the Star Wars universe.

Mr. Kaminski, using deductive reasoning and published facts to reconstruct the expanding story of Star Wars, originally started as a standalone movie and ended up The Star Wars trilogy which cryptically consisted of episodes IV to VI. The book also examines how the saga changed from being the coming of age story of a teenage orphan to “The Tragedy of Darth Vader”.

Going back to the earliest sources, such as Mr. Lucas’ own notes, the author constructs how the films, and the stories, came to fruition and the whole direction of the series changed over time. Many things impacted Lucas’ story, from his personal life to his professional life, his dreams and goals.

The most fascinating aspect of the book, besides the hidden glimpses into the mind of genius, was the metamorphosis of Darth Vader from a firsthand henchman much like Goldfinger’s Oddjob, to one of the most well known villains in movie history and a recognizable figure in pop-culture.

I loved the “myth busting” aspect of the book. As a long time pop-culture junkie (I have kicked the habit since the early 2000s), I have heard many stories, rumors and innuendos about Star Wars and the surrounding sagas. This, again, goes back to the creative mind of George Lucas, how the rumors spread that he actually planned the whole saga in the 1970s in a brilliant scheme to take over the universe. Slowly but surely the book debunks those rumors, using meeting notes, story notes, interviews and other sources.

I am a big fan of John Ford’s The Man Who Shot Liberty Valance where noted actor Carleton Young, playing Maxwell Scott tells Ransom Stoddard (Jimmy Stewart) “When the legend becomes fact, print the legend”. That being said, in this specific case the truth is certainly worthy of being a legend, while the legend seems much less interesting.

Synopsis:
The book is divided into eight chapters which help the reader understand George Lucas. The story starts from Lucas’ humble beginnings in Modesto, CA, introduces us to his family and start in the film making business. The book then goes to analyze each of the Star Wars films and the creative process (not the technicalities of movie making) which created the much beloved stories and characters.

At the end there are eight appendixes which make an interesting read as the book itself. They, however, are not concerned as much with the creative process, but are still worth reading to the curious fan.

BOOK BLOGGERS – Have you read The Secret History of Star Wars? If so link up your review below: