The Presidents Club: Inside the World’s Most Exclusive Fraternity by Nancy Gibbs and Michael Duffy is a non-fiction book about the relationships ex-US Presidents have with the one which currently holds office. I listened to this book over a period of time while driving to and from work. 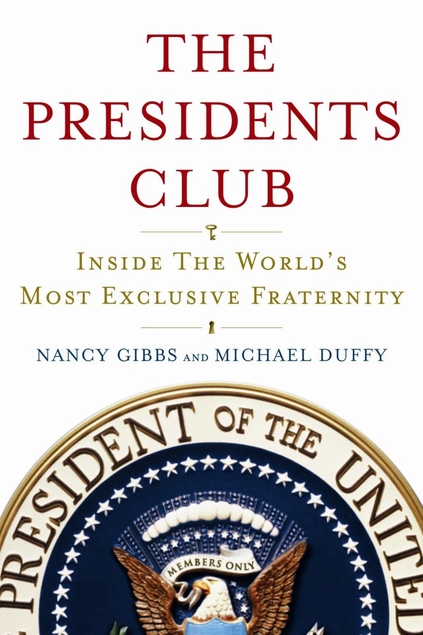 Thoughts:
The Presidents Club: Inside the World’s Most Exclusive Fraternity by Nancy Gibbs and Michael Duffy is a book for political junkies and history buffs. The book describes how the role of ex-President has been built and shaped since President Truman called on his predecessor, Herbert Hoover, for assistance.

I enjoyed listening to this audio-book and found much of the information fascinating. I never realized how much appreciated was President Hoover, or how very slick was Richard Nixon (deliberately interfering with the Vietnamese peace talks), how much Ford and Carter disliked one another or how much President Clinton relied bouncing on the advice of Richard Nixon – both superb politicians.

It was amazing to hear about old animosities being buried as “just politics” by both parties, for example Bill Clinton being adopted into the Bush Clan. The most fascinating part, for me, was how each person governed before and after office as if the office was sacred and kept it that way despite political differences.

Most of the information presented in the book is from memories, interviews and other first and resources. If nothing else, this book makes the Presidents seem more personable and actual human beings instead of quick headlines and short quotes.

Buy The Presidents Club  from Amazon.com*

Zohar — Man of la Book
Dis­claimer: I borrowed this book for free from the local library
*Ama­zon links point to an affil­i­ate account