About:
The Power Couple by Alex Berenson is a novel following an FBI agent and her husband, an NSA hacker whose daughter was kidnapped on a European vacation. Mr. Berenson is a published author and journalist. 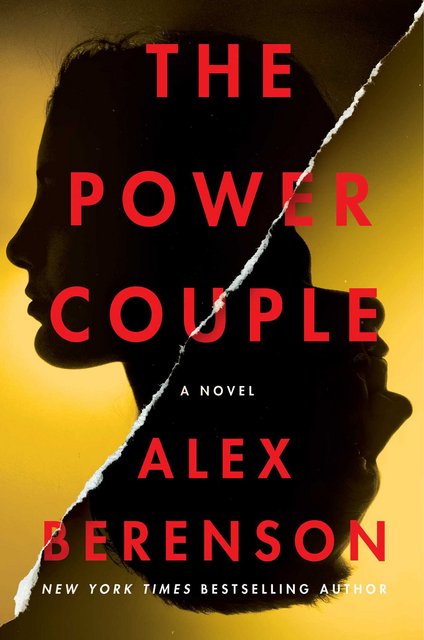 Thoughts:
I have read several novels of Mr. Berenson previously, and enjoyed them all very much. I was glad to see another novel by him, and have the opportunity to read it.

The story starts with the family in Europe and the mechanization that went into the abduction of 19 year old Kira Unsworth. That part of the book, for me, was terrifying, like reading a horror novel you can’t put down; or a slow moving car crash where you know you can’t take your eyes off of it, knowing disaster is going to happen but powerless to do anything about it.

The Power Couple by Alex Berenson continues telling the story in a very interesting manner, we know that Rebecca Unsworth works for the FBI, and her husband Brian works for the NSA. We also know a few points about their lives, but not much else. The second and third parts of the book are told from Rebecca’s and Brian’s view points, respectively, of how they grew up, got met, jobs, and their dark secrets known only to them and us, the readers, which we are privy to.

This novel, which follows characters that are unlikable with little redeemable characteristics, is difficult to put down. I did not know what to expect, but I was not disappointed. I felt the character of Kira was a bit too proactive and “operational” for a narcissist teenager, but that just added to the twists and turns of the novel. The last few chapters felt a bit forced, as if the author felt he had to tie up all the loose ends, or come up with some sort of closure. It was welcomed, but not needed.

Regardless, I enjoyed this book very much, it was fast paced, well written, and a lot of fun to read. A novel mixing up family drama and espionage – who could ask for more?

Synopsis:
Rebecca and Brian Unsworth have a good life, good jobs, good kids but below the surface there are trouble brewing. The couple decides to celebrate their 20th anniversary by going with their two kids to Europe.

Their 19 year old daughter, Kira, has a date in Barcelona with a guy she met in Paris. Over a very long weekend, the Unsworths are doing everything they can, using their own wits and all available resources to find their daughter.