About:
The Middleman by Olen Steinhauer is a novel set in current time, part thriller and part police procedural. Mr. Steinhauer is a best-selling author of many novels. 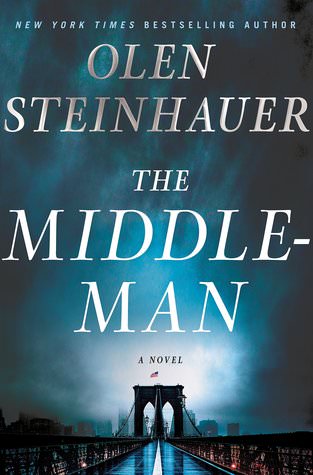 Thoughts:
As a political junky (who isn’t these days), I thought it might be fun to read a novel which takes place in contemporary American with loose ties to reality – an alternate version of what could have happened. The Middleman by Olen Steinhauer seemed like an interesting story, which could easily take place in a similar, but alternate America.

The first thing I noticed, right off when starting to read this novel, is that it is absolutely believable and well written. The first few chapters were a bit slow to unfold, but I’m glad I kept reading since the story picked up quickly.

At first it was difficult for me to follow the structure of the novel, as it has two themes – one of political conspiracy chronicling the rise and fall of a politically active cult-like group, and a mystery / police procedural as the FBI is trying to unravel the complex enigma of the group. Mr. Steinhauer injected some espionage into the latter part of the novel, which I appreciated since I enjoy the genre, but I thought that the story felt disjointed.

This is a sophisticated, nuanced and intelligent novel which, as I mentioned, certainly seems to be realistic. I really enjoyed the complex plot, even though I had to re-read some parts to make sure I didn’t miss anything.

Synopsis:
It’s 2017 and four hundred people simply disappeared leaving behind their old lives and technology, they simply disappear off the grid. Turns out that they are part of a movement, the Massive Brigade, who want to change America – and fast.

The FBI is not taking any chances with the Movement Brigade, which they believe is a terrorist group. Special Agent Rachel Proulx is in charge of finding what’s going on and taking on Martin Bishop, the group’s charismatic leader.

Buy The Middleman from Amazon.com*
More Books by Olen Steinhauer*