The Man Who Lived Twice by David Taylor is a historical fiction novel about a British Colonel fighting for the Confederacy in the American Civil War. Mr. Taylor, an author and TV reporter, had works published in the Daily Telegraph and The Guardian. 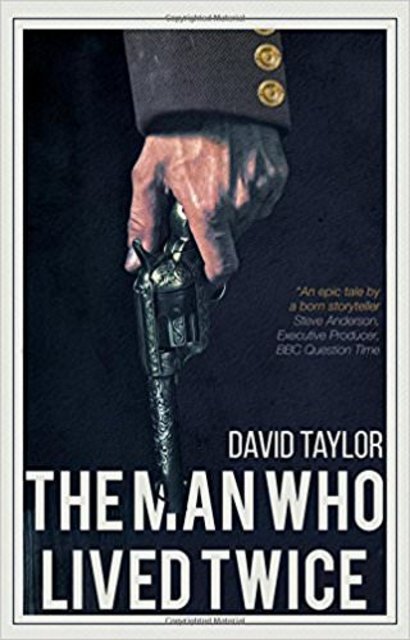 The Man Who Lived Twice by David Taylor is an epic journey, centering around one man who manages to stick himself in the middle of major historical events. Colonel George St. Leger Grenfell ruined his good name in Europe, and is not looking to make is fame and fortune as a mercenary around the world.

Mr. Taylor’s book is a wonderful narrative of a time when someone could reinvent themselves knowing how to weave truth and fiction. I got the feeling that Col Grenfell told his stories so often, that he himself even had a problem distinguishing where truth and myth separated. An 1800s Baron Munchausen, which keeps his fantastic tales somewhat plausible, and enjoys telling and embellishing them every time.

I enjoyed this book very much, it is superbly researched and masterfully written. The author brings forth the brutality of the battlefield, as well as the dangers a femme fatale (Confederate spy Rose Greenhow) can bestow on a man and a nation.

Col. Grenfell is a flawed man, enthralled with war and romance, but unsuccessful in both makes an interesting and colorful protagonist to follow. Much like his main character, the author manages to masterfully blend the lines of fact and fiction to create an enthralling read.

Colonel George St. Leger Grenfell, member of an illustrious family, has tried to make a name for himself in banking and war, but someone always failed. Being a wanted man in France and Morocco, Grenfell turned to selling his services as a soldier and fought in campaigns all over the world.

Fighting for the Confederacy in the American Civil War, a war he claims he knows they’ll lose, Ole St. Lege’ is a legend to the people under his command. During his time, Colonel Grenfell meets extraordinary people, and lives long enough to see himself become the villain.

Buy The Man Who Lived Twice from Amazon.com*
More Books by David Taylor

The Man Who Lived Twice by David Taylor