The Liberation of Paris: How Eisenhower, de Gaulle, and von Choltitz Saved the City of Light by Jean Edward Smith takes place during World War II and tells the title story in context of the war and politics. Mr. Smith is a prize winning historian. 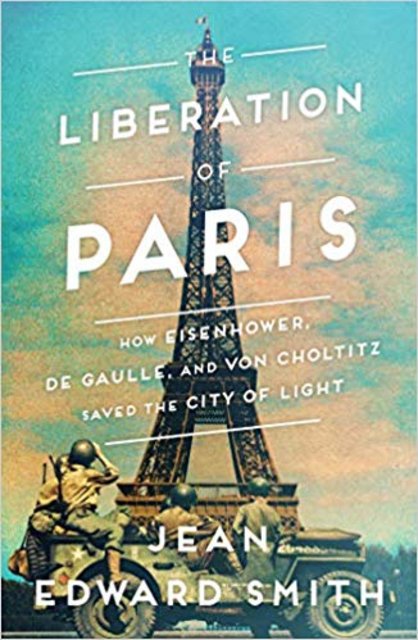 Adolf Hitler, as one of the many villainous things he did over his life, was to order the commander of occupied Paris, Dietrich von Choltitz, to destroy the city at all costs.  Von Choltitz loved Paris, but not so much the regime’s leadership, promptly ignored that order – most likely knowing that it could cost him his life.

This is one of the more fascinating stories that Jean Edward Smith tells in his book The Liberation of Paris: How Eisenhower, de Gaulle, and von Choltitz Saved the City of Light.  The author mainly concentrated on De Gaulle’s request to liberate Paris, which the Allies were going to delay and simply go around.

Eisenhower, who realized that even though Paris was not strategically important, it was certainly an important political statement, decided that the liberation will take place. Much of the decision was to make sure that the communist resistance will not gain power in power vacuum which is most likely to happen.

Liberating the City of Light was a huge moral booster, it did delay the end of the war, giving the Nazis time to regroup. That being said, the emotional success in a war, is sometimes as important as a strategic success.

The main outcome of this book, for me, was the struggle to keep Paris from being destroyed. The politics and strategies that went into this thought Eisenhower and von Choltitz, both making sacrifices, do deserve to be told.

Even though the book is short, it is full of information told in a very readable manner. This is a compelling narrative for anyone interested in the era.

The Liberation of Paris: How Eisenhower, de Gaulle, and von Choltitz Saved the City of Light by Jean Edward Smith