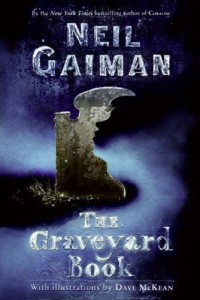 “The Graveyard Book” by Neil Gaiman is a bit of a departure for me. If you notice most of the books I like to read are not even close to the YA and/or supernatural genres. Alas I will read whatever Neil Gaiman writes because he is … well … he’s Neil Gaiman dammit!

The Graveyard Book by Neil Gaiman