The Coppolas: A Movie Dynasty by Ian Nathan follows the famous family in their journey to make their art.  Mr. Nathan is an English film writer, as well as an editor. 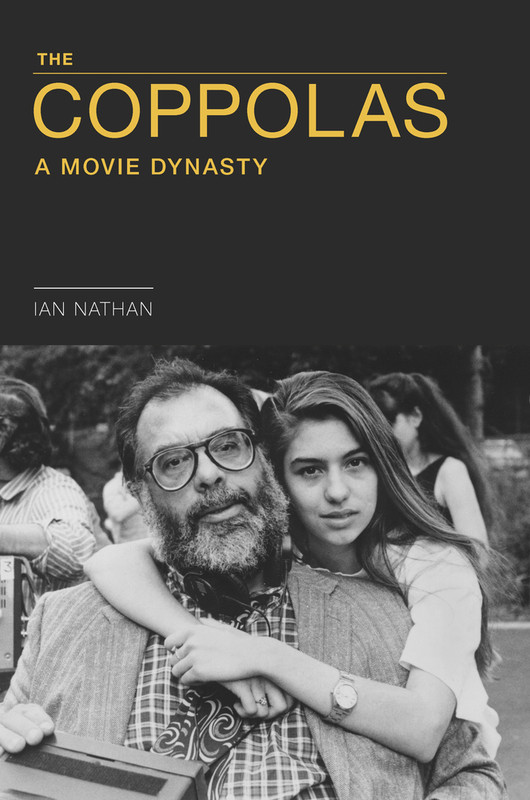 The first thing I noticed about The Coppolas: A Movie Dynasty by Ian Nathan is its conversational tone, almost blog-like. Frankly, I still haven’t decided if I liked it or would have preferred a somewhat more traditional approach.

The book is insightful in understanding the contribution of the family to the movie business, the way the studio system works (or doesn’t), financing, reviews, as well as the meaning of success. The beginning and the end of the, however, is the family.

The book looks at the family patriarch, Francis Ford Coppola, as well as the extended family. The contributions to the success of the family is undoubtedly a group effort. Eleanor Coppola, wife, mother and an accomplished documentary maker by her own right. Carmine and Italia, parents to the Francis, Talia Shire (actress), and August (academic, author, and film executive) all talented and successful in their own way. We learn about the children, Gio, Roman and of course Sofia Coppola who is making her mark as an innovative artist in her own right. Along the way more of the family is recognized, cousin Nicolas Cage (son of August), Gia (daughter of Gio who passed away from a horrific accident), as well as Robert and Jason Schwartzman (sons of Talia).

The family, it seems, is inseparable from their art – for good or for bad. Much of the focus of the first part of the book is Francis Coppola rising through the ranks. Making the movies he wants to make, or making crowd-pleasers his way through sheer will. One could certainly make the point that the movies would look very differently if Coppola wasn’t around.

The second part of the book looks more inward. There isn’t much of the name dropping as it is in the first half; even though I was happy to see the great Toshiro Mifone mentioned (the only person who can hold his own with a man-bun). The ways we watch movies have changed, and with it the way movies are made. These topics have, obviously, affected the Coppolas as they have every movie watcher in the world. To their credit the Coppolas has adjusted as one could only expect of such a diverse family.

This is an easy read, but very interesting and satisfying. I immensely enjoyed the personal tales which made me watch their movies in a different way.

Buy The Coppolas: A Movie Dynasty from Amazon.com*
More Books by Ian Nathan*

The Coppolas: A Movie Dynasty by Ian Nathan