About:
The Books of Rachel by Joel Gross is a saga traversing centuries, following the Cuheno / Ha-Cohen / Cohen / Cohn family of diamond dealers, who pass a diamond to daughters all named Rachel. Mr. Gross is a writer, playwright and screenwriter. 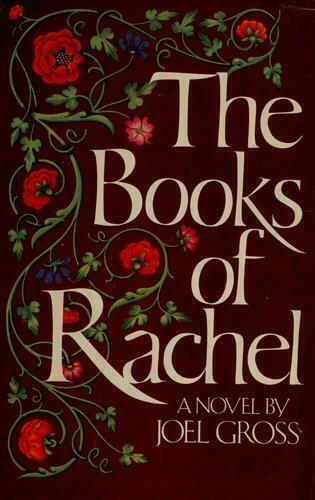 Thoughts:
In The Books of Rachel by Joel Gross writes a series of short novellas all loosely connected through some sort of distant family relations, a name (Rachel), and a family heirloom in the form of a diamond which passes to the Rachels. The novel travels through Jewish history, at times when Jews were oppressed, as seen through the eyes of each Rachel.

I really liked the aspect of a family heirloom being passed down for generations, I didn’t enjoy the depiction of Jews as diamond traders across generations. Frankly, I have no idea if there are families who have been in the diamond business for generations, but in this book Jews are either rich diamond merchants or poor beggars.

The author does not shy away from describing atrocities during that his characters suffered, so those with a weak stomach are warned. However, those parts can easily be skipped so it’s not really a problem.

If all you know of Jewish history is the Bible or your World War II classes in school, this book attempts to fill in some of the gaps. The author also makes an excellent attempt to describe the lives of Jews in the past, including social hierarchy, traditions, as well as rituals. He doesn’t explain them, that was how things were and that’s that, maybe he tries to justify them as seen through the eyes of the people living them which I thought was a great addition to the story.

Synopsis:
The novel fictionalizes 500 years of Jewish history from the 15th Century starting at a Jewish family being torn apart by the Spanish Inquisition to ones being destroyed by the Nazis. The first born daughter to the family is named Rachel, inheriting a precious heirloom in the form of a diamond.

Buy The Books of Rachel from Amazon.com*
More Books by Joel Gross*