About:
The Abandonment of the West: The History of an Idea in American Foreign Policy by Michael Kimmage is a book which examines what “the West” really means in terms of policy over decades, and how that concept drove 20th Century policy in the United States.  Mr. Kimmage is a college history professor, and served as a member of the secretary’s policy planning staff at the US Department of State from 2014 to 2016. 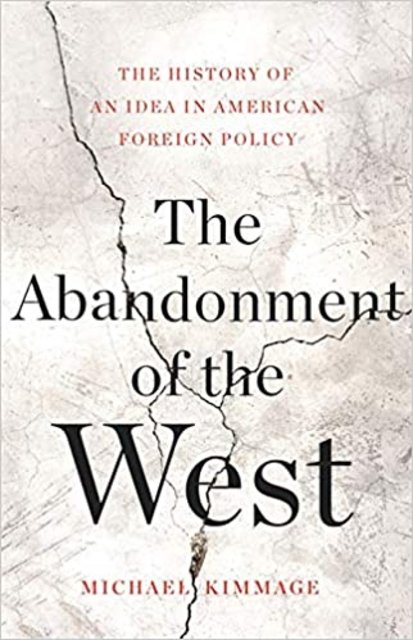 Thoughts:
Books about policy, they don’t sound that exciting, do they?

The Abandonment of the West: The History of an Idea in American Foreign Policy by Michael Kimmage is about “the West” and Western civilization as ideas which have driven foreign policy in the 20th Century.  I was a bit hesitant to read it because I thought it would be a “rah-rah” type of book which would exalt the virtues which the United States implements (and there are many, despite the bad publicity).
But I decided to give it a shot, and I’m glad I did.

This ideology was the driving force behind the US intervening in World War II to fight the Nazi menace across Europe, as well as standing steadfast against Communist Russia during the Cold War, as well as many other policies.

The author goes through what this idea meant and how it shaped our nation, and others. He goes to write about what the abandonment of this idea cost the United States in terms of principals, good will, influence, blood, and treasure.

With the current politic situation currently in the United States, I don’t know if this book will convince anyone that we should pick up the ideal of “the West” again, unless one was already pre-disposed to think so. Many people hold steadfast to the idea that America’s involvement in European affairs have ran its course and that standing up to Russia and China no longer merit the ideology.

Buy The Abandonment of the West from Amazon.com*
More Books by Michael Kimmage*