Stardust by Neil Gaiman is a fictional book by the master storyteller. I have read the book after watching the excellent movie and enjoyed it just as much. 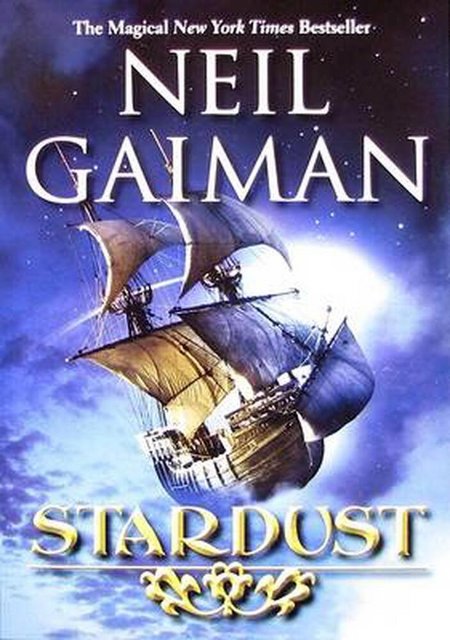 My rating for Stardust – 5
Buy Stardust from Amazon.com*
More Book by Neil Gaiman

Stardust by Neil Gaiman (Web­site | Face­book | @neilhimself), one of the most prolific, successful and finest storytellers of modern times, is a work of fiction about a boy named Tristan Thorn who lives in the curious English village of Wall, a boy who’s in love with a beautiful woman and promises to bring her a falling star they both witnessed. The star falls beyond the wall in Wall, which is the entrance to an enchanted world and the star takes the shape of a girl, instead of a rock. Tristan and the star set out on an adventure, as unlikely road companions, through the faerie realm, trying to get back to Wall and Tristan’s love.

Stardust is an inventive fairy-tale reminiscent of the old stories and an imaginative as the best of them; a wonderful, funny and charming book with a sweeping story which is both fresh and original. Each chapter starts with a subtitle about what we’re about to read, reminiscent of Don Quixote, which helps move the story along.  Filled with adventure, intrigue, love and danger I can certainly see why this book has become the phenomenon that it is.

The plot of the book is enchanting, the characters are fresh, intriguing and interesting, and the book comes to a familiar end which leaves the reader satisfied.  However, this book does contain adult content, by no means harsh or vulgar, but younger teens might find the subject matter a bit heavy handed.

This quick read almost made me feel like a child again, I could see Gaiman’s famous rascally twinkle in his eye with almost every word.

Every nine years the Faerie Market is held behind the wall dividing the Faeries from humans, appropriately found in the town of Wall. Dunstan Thorn meets Una, a faerie in the market, falls in love and soon finds himself a single father to a son – Tristran Thorn. Eighteen years later, Tristran seeks the love of the beautiful Victoria and vows to bring her a falling star.

Meanwhile, the King of Stormhold promises his sons the throne if they bring him back the topaz he threw a the sky, causing the star to fall. Three witches are also looking for the star to drain its powers. What they don’t know is tha ton earth, the star takes the form of a beautiful maiden – Yvaine.

Zohar – Man of la Book
Dis­claimer: I bought this book.
*Ama­zon links point to an affil­i­ate account, the money is usually spent on books

BOOK BLOGGERS – Have you read Stardust? If so link up your review below: