Some Kind of Hero: The Remarkable Story of the James Bond Films by Matthew Field and Ajay Chowdhury tells the story of the making of the 007 movies. Both authors are, obviously, James Bond fans drew on their analysis on interviews and articles. 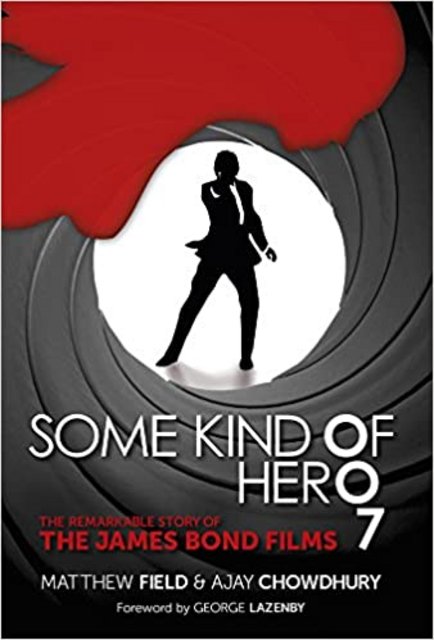 This book is a must for fans of James Bond, however the vast amount of information is altogether astounding. As a matter of fact, I read the book one chapter between other books I read, not to get information overload. That approach worked for me and, in my opinion, made it more enjoyable.

Even though there is a lot of information, Some Kind of Hero: The Remarkable Story of the James Bond Films by Matthew Field and Ajay Chowdhury is very well designed. Each chapter only talks about one movie, with its history, anecdotes, summaries, and interviews. I understand that the book is updated with every movie, this one only goes up to Spectre with an additional chapter to “Bond 25” – which we now know is called “No Time to Die” and has not yet been released due to the 2020 COVID pandemic.

I enjoyed that the authors wrote a synopsis of the James Bond movies and the books, comparing the two. Reading all of the Ian Fleming books, and I appreciated the refresher for both. The one thing I found amusing is that the actors kept complaining about the difficulties of working 5-8 months on a movie. I understand that, but people work 40 years just as hard making half the money, if that much.
No sympathy from this fan!

The book also honor Albert R. Broccoli , as well as Harry Saltzman the original producers of the series. For example, the authors tell of their complicated relationship which merits a whole book all by itself. I enjoyed that the behind the scenes look at the Bond series, in particular how the crew was like a family. Stories such as when Mr. Broccoli cooked when he needed to, the same crew members were rehired for each movie, up until this day – it was very heartwarming to read.

The book was an easy and engrossing read. A fascinating introduction written by George Lazenby was a fun way to start such an encyclopedic venture.

Buy Some Kind of Hero from Amazon.com*
More Books by Matthew Field*
Books by Ajay Chowdhury*

Some Kind of Hero: The Remarkable Story of the James Bond Films by Matthew Field and Ajay Chowdhury