About:
Sashenka by Simon Sebag Montefiore is a novel taking place in Russia before and after the Communist revolution. Mr. Montefiore is a historian, specializing in Russia, who also writes fiction. 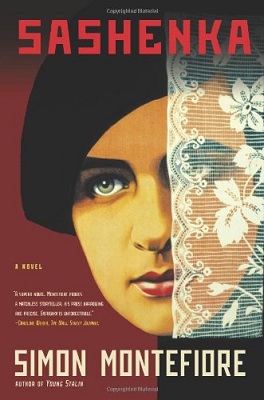 My rating for Sashenka – 5

Thoughts:
Sashenka by Simon Sebag Mon­te­fiore, a noted Russian historian, is a wonderful book weaving fact and fiction seamlessly. The book has the feel of a translated novel and much of it rings true to foreign ears.

The writing style changes as story moves on and the situation changes, from the Tsarist era, to the fear of the era of Stalin and after the glasnost. Mr. Montefiore captures the emotions of true Russian patriots, who manage to justify the purging of their own people as a necessity and even, somehow, understand those who turn on them.

The novel read as if the author had access to old KGB files (maybe he did) deciphering the bureaucratic code used to hide atrocities and turn it into an amazing, gripping tale. Another outstanding work from an outstanding scholar which is well worth reading.

Synopsis:
Sixteen year old Sashenka Zeitlin feels that she is making history. Daughter of a rich, Jewish merchant, beautiful and stubborn Sashenka plays a dangerous game with the Tsar’s secret police in 1916.

Grown up revolutionary Sashenka is married to a leader of the Red party and is happy with her Communist ideologies, her party affiliations and her two kids. Even though people around her are disappearing, Sashenka is content until a love affair destroys her life.

Decades later, a young historian is hired by an affluent family for a research project to find out about their roots. As she delves into the archives of the old regime she finds much more than she, or her employers, bargained for.