Perfume: The Story of a Murderer (Das Parfum. Die Geschichte eines Mörders) by Patrick Süskind (translated by John E. Woods) takes place in France, telling of a serial murderer with an extraordinary sense of smell, who is chiefly motivated by scents. Mr. Süskind is a German award-winning author and screenwriter, this book is, indeed, the best-selling German novel in history. 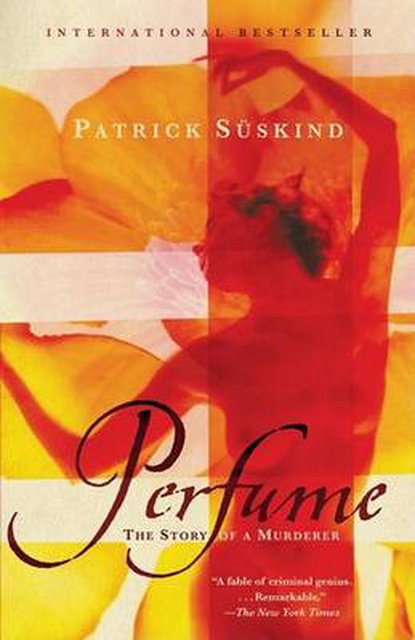 This book was assigned to my teenage daughter at school. She read the first chapter and “hated it”, thought it was weird and equally disgusting. The descriptions of 1800th Century Paris, as well as Grenouille’s circumstances of birth were quite graphic.

I decided, however, that I should read Perfume: The Story of a Murderer by Patrick Süskind along with her, as I usually try to do. I read the first chapter and absolutely loved it. The author holds nothing back, describes the foul stench of Paris, the undeniably hard life, the disgusting existence.

“Grenouille’s mother, who was still a young woman, barely in her mid-twenties, and who still was quite pretty and had almost all her teeth in her mouth and some hair on her head and – except for gout and syphilis and a touch of consumption – suffered from no serious disease, who still hoped to live a while yet, perhaps a good five or ten years, and perhaps even to marry one day and as the honorable wife of a widower with a trade or some such to bear real children… Grenouille’s mother wished that it were already over.”

How can you not love a novel with this sentence in it? Kudos to translator John E. Woods!

This book is brilliant, insane and twisted – a grotesque fable, sometimes funny and beautifully written. Even my daughter came to enjoy it after the first chapter.

I loved the descriptions of life during that time, something you don’t often see. I’m sure that if we were magically transported to that time period, we wouldn’t be able to breath, to say nothing of being in the presence of other humans due to the stench.

Aside from the fantastic narrative, the book is also a lesson the history of perfumery. I also found the religious symbolism, as well as the analytical study of social and economics of the time extremely fascinating.

Jean-Baptiste Grenouille was born with a gift, a sense of smell very few, if any, posses. This gift has helped him rise from the slums of 1800th Century Paris, to being an apprentice to Giuseppe Baldini, a prominent perfumer.

For Grenouille, however, mixing perfumes is not enough and he becomes obsessed with capture scents of objects. The “ultimate” perfume, however is the scent of young, beautiful virgins and the only way to capture it is to kill them.

Buy Perfume: The Story of a Murderer from Amazon.com*
More Books by Patrick Süskind *

Perfume: The Story of a Murderer by Patrick Süskind