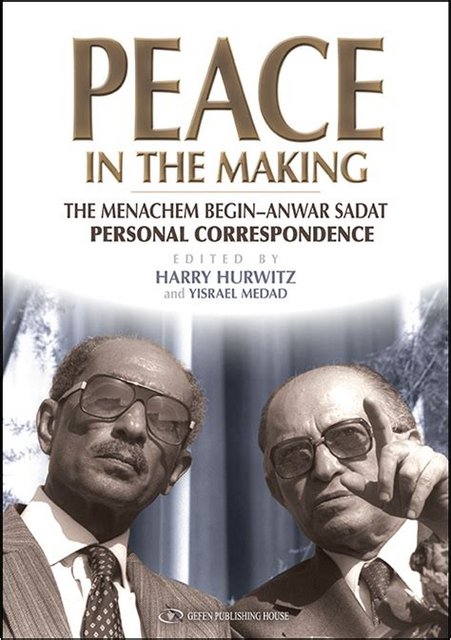 On this day, March 26, 1979 the peace treaty between Israel and Egypt was signed.
“Peace in the Making: The Menachem Begin Anwar Sadat Personal Correspondence” edited by Harry Hurwitz and Yisrael Medad is a collection of speeches, press conferences, interviews, official correspondence, personal correspondence and letters. This is an amazing compilation which gives us insight into the mind of two ambitious men who are striving towards a goal no-one thought possible. The complete correspondence between Egyptian President Anwar el-Sadat and Israeli Prime Minister Menachem Begin is included in the book as both leaders agonized over their historic peace treaty.

Buy Peace in the Making from Amazon.com*