“Lost in Shangri-La” by Mitchell Zuckoff (website) is a non-fiction book about a plane crash in Dutch New Guinea during World War II. This book is narrative history at its best. 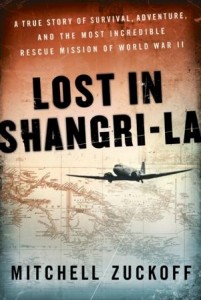 “Lost in Shangri-La” by Mitchell Zuckoff is a gripping book which takes a hold of you from page one, and doesn’t let go until the very end. Mr. Zuckoff makes history comes alive by introducing the reader to the survivors, those who died, the rescuers, friends and family. I was so engrossed in the book I felt almost as if my friends were the ones on the ground. Hollandia, Dutch New Guinea was a strategic area during World War II, General McArthur made it his headquarters before the Philippines invasion. However, life was rough in Hollandia and the soldiers worked hard. To raise moral Colonel Peter Prossen gave the soldiers a treat – a sightseeing tour, from the air, of a lost valley unknown to cartographers complete with natives.
The valley was nicknamed Shangri-La

BOOK BLOGGERS – Have you read “Lost in Shangri-La”? If so link up your review below: 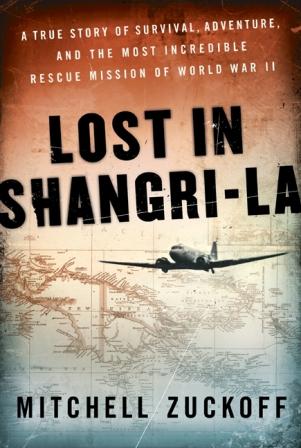