“Jane Eyre” by Charlotte Brontë is an 1847 novel published as “Jane Eyre. An Autobiography” under the nom de plume of “Currer Bell”.  The novel is told in first person narrative and goes through five distinct stages in Jane’s life.  In spite of many dark elements the novel has strong elements of right vs. wrong as well as morality. 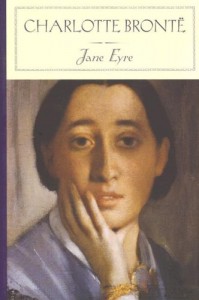 My rating for Jane Eyre – 3
Feeling too adequate? Buy the book to get a lesson on how inadequate you really are?*
More Books by Charlotte Brontë*

I can certainly see why “Jane Eyre” is considered a classic. Brontë’s use of strong language , rhetorical brilliance and lovely narrative are certainly impressive.  The author also had the guts to tackle many social issues head on, something that we, at this voyeuristic age, seem to take for granted.  Even though this book was not meant to be  historical, several decades later I found it captivating to read about the day-to-day living of 1800’s England.

Come on, it’s a classic.  You’ll be smarter just by having it in your home – Buy it here!
More Books by Charlotte Brontë*