How I Became a Famous Novelist by Steve Hely is a novel about a novelist attempting to write a best-seller novel. Mr. Hely is a published author and television writer. 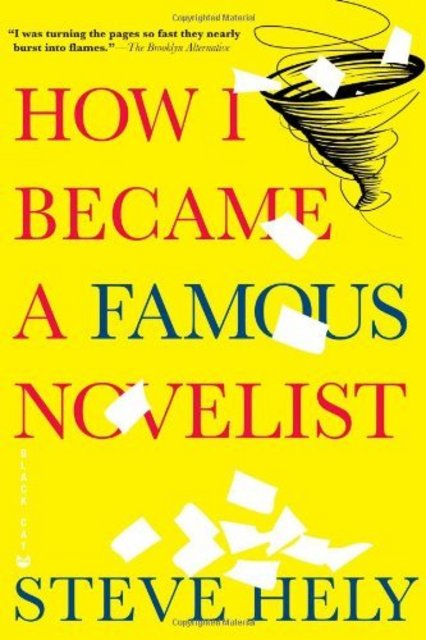 This was a clever book about writing and the publishing industry, as well as a criticism of best-sellers. I have read many best-sellers which I didn’t think were well-written, interesting, or had something to say.
Some I couldn’t even finish.

How I Became a Famous Novelist by Steve Hely satirizes what all of us bibliophiles already know. The fictional author writes a book full of clichés, lyrical descriptions, and commonalities he found in other novels. These are carefully arranged to create a formalistic novel almost guaranteed to top the best-sellers’ list.
Or in his words “a pile of garbage”.

I find that attitude is condescending, people like to read what they like to read. Whether it would be romance, history, or even graphic novels.
Reading is reading.
No one is making fun of others for not liking certain foods, why would literature be any different?

Many of the books I read, few people even pick up. But I am not going to tell people that they have bad taste, and neither do you and for that matter neither does the New York Times or your literature professor.

As for the book, it is funny at times and makes some good points. Pete Tarslaw, our aspiring novelist, learns a cheesy lesson at the end, which kind of defeats the point of the satire. I liked the first half of the book about Pete’s development process. The second half, however, lost the wit and wink which made the novel engaging.

Pete Tarslaw wants to be famous so he could have money, women, and a life of leisure. Pete’s day job is to write essays for college students, it’s an easy job and he figures that he can write a best-selling novel.

Even though his novel is a “pile of garbage”, it becomes a best-selling, most blogged about, and even admired book. Success is not what Pete imagined, and when he starts telling the truth his ideals turn upside down.

Buy How I Became a Famous Novelist from Amazon.com*
More Books by Steve Hely*

How I Became a Famous Novelist by Steve Hely