Forever Flora by Yuval Elbashan (תמיד פלורה – יובל אלבשן) is an Israeli novel about a woman who finds letters her late father left her from her birth, to his death. Mr. Eslbashan is an author and lawyer who previously served as a dean in an Israeli law school. 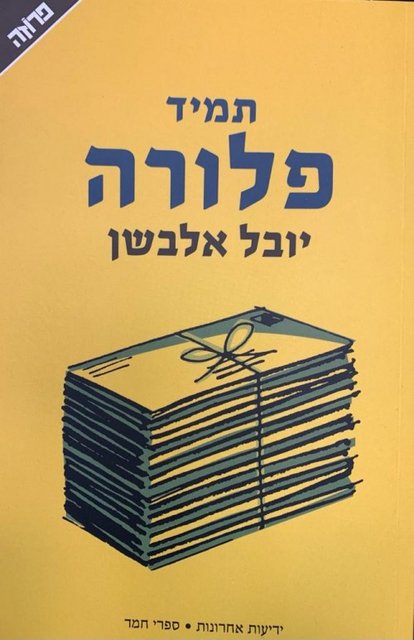 One of the most disturbing aspects of Forever Flora by Yuval Elbashan is the way Israeli society treats immigrants from Arab countries, and their descendants. Granted, it has become much better, to the point where the Israeli census cannot even tell where someone came from due to mixed marriages.

The author also takes on other aspects of Israeli society which are painful. The treatment of Holocaust survivors, the hardships of evacuees from Sinai after the 1978 peace accords with Egypt, as well as the unofficial class system, which, as I mentioned, still exists but is slowly disappearing. Also told is the experience in the Israeli Army reserves, where a man can be himself, the uniform makes him equal to everyone regardless of education or economics.

Regardless, this is a very interesting, and important book. There are several stories which really tug at the heart strings. It was sad to read about a father warning his children not to have big hopes because they are a family from the “chief baker”. This is a reference to the Jewish Bible, (Genesis 40:1 – 40:23) when Joseph interprets the dream of the Pharaoh’s chief baker.

“I too had a dream: On my head were three baskets of bread. In the top basket were all kinds of baked goods for Pharaoh but the birds were eating them out of the basket on my head.”

The interpretation is that of a death sentence, which comes to fruition.

“This is what it means. The three baskets are three days. Within three days Pharaoh will lift off your head and impale your body on a pole – and the birds will eat away at your flesh.”

Flora, however, has been born to a “glorious dynasty of slaves and handmaids” (my translation), is a defiant intellectual. She even manages to revolt against her own death.

The characters in the book are not as developed, however it’s the content that’s king. This book has a lot to say, and does so beautifully.

Ela arrived to pack her father’s, Naim, belongings after his death. She finds letters of stories he wrote to her starting on the day she was born. In the letters Flora’s father tells his life story, a difficult childhood in Iraq, as well as the difficult life as an immigrant in Israel.

In the father’s letter, his sister Flora becomes a focal point. He tells of his love to a Polish academic, the wars he fought, suicides of family members, and feeling as a second-class citizen.

Flora, the sister Naim idolizes, is a divorcee who gave up her academic career to fight for those who cannot fight for themselves.