About:
False Light by Eric Dezenhall is a novel about a cynical, old-school journalist being ousted from the occupation, out for revenge to help a friend. Mr. Dezenhall is a businessman and an established author. 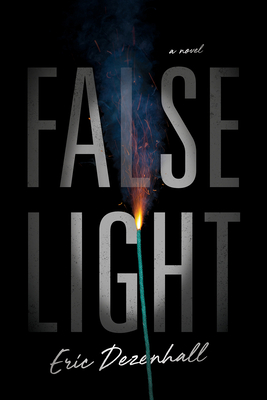 Thoughts:
False Light by Eric Dezenhall takes on a lot of subjects, selective media coverage, communication companies with an agenda, supposedly neutral parties being manipulated, sensationalist reports, revenge, and of course how technology changed not only the news business, but the definition of news as well. This is done through the eyes of an old-time reporter seeing the world change in front of him.

This is a smart book and gives the reader a lot to think about. Frankly, I almost put it down because I thought the book was pushing some sort of agenda in disguise – and I despise that. The more I got to read, though, the less it seem to be pushing an agenda, than astute observations about the broken news cycle that shapes the narrative.

It is difficult to keep up though. It’s almost impossible to ignore the social media algorithms that play to your biases, and keeps feeding you material to keep you in an echo chamber. Many people, especially those who are the protagonist’s age, don’t have the tools to identify misinformation, nor the realization that they are being fed information to enhance their biases. Ironically these are the same people that yelled 30 years ago about how video games will rot our brains, only to allow their own brains to rot by social media. Even I, that try and verify stories, especially ones I agree with, have fallen into the disinformation trap more times than I’d like to admit.
But not as much as many of the people I know.

The novel did open my eyes to many industry practices which I did not notice, and if I did I either dismissed them or didn’t think about them. Mr. Dezenhall credentials about the subject were actually the reason I wanted to read this book, and I’m glad I did.

Synopsis:
Fuse Petty is an journalist who despised technology, and technology despises him. Something is going on at his job in the newspaper, he has been asked to leave until a disciplinary investigation has been completed.

In the meantime, an old friend asks for help, and Fuse with plenty of time on his hands agrees.