Daughters of the Occupation by Shelly Sanders is a historical fiction story, set during World War II in Latvia. Ms. Sanders is a published author and journalist, who writes books inspired by her family’s history. 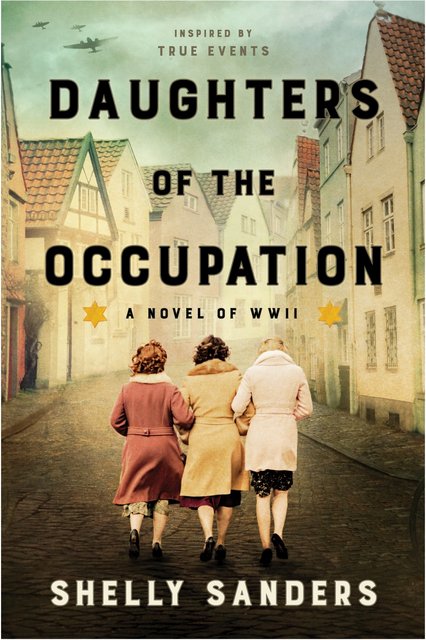 One of the reasons this book spoke to me, is because my grandmother managed to escape from Latvia during World War II. Her mother, however, was not as lucky and was murdered by the Nazis as they were retreating.

Daughters of the Occupation by Shelly Sanders is an engaging, well-researched book. Much of the book is very descriptive and haunting, however, the author tried to stay away from it being a tear-jerker.
Good choice.

The story, set in two timelines is not difficult to follow, and the author does a good job flipping back and forth between them. The courage, survival instinct, and chutzpah seem to have been passed on from grandmother to granddaughter.

I did, however, found the dual timeline a bit strange. The author spent a lot of time with Sarah, writing chapters on events that could have been a few paragraphs since they really had very little to do with the quest of either woman. There was also very little correlation between the two, from a narrative perspective. For example, Sarah learns something about her grandmother, and when we switch viewpoints, we don’t read about that event, but something totally different. In books I’ve read with a similar concept, that was usually the way it was done.

My other observation, not a complaint by any means, is the names. Names are important in the Jewish religion, and while the protagonist’s names are appropriately enough from the book of Exodus (Sarah and Miriam), the other family members are from the book of Esther.
I just found it interesting and am still trying to figure out the significance, if it even exists. Or, most likely, I’m overthinking it.

While it took me a while to get into Sarah’s story, I did find the book both interesting and informative. The research the author did shines, and I’ve learned several things about Latvia, the region, the way Latvian Jews viewed the Soviets, and a bit of history as well.

Miriam Talan has lived through Soviet and Nazi occupations. She has somehow survived her life in Riga, Latvia despite being on death marches, as well as a massacre. Miriam, however, paid a heavy price losing all her family, except her daughter but never knowing what happened to her young son.

Decades later, Sarah Byrne, Miriam’s granddaughter, accidentally discovers she might have an uncle. After the funeral for her mother, Sarah sets out on a journey to find him.

Daughters of the Occupation by Shell Sanders