Dark Territory: The Secret History of Cyber War by Fred Kaplan is a non-fiction book dealing with new form of warfare. Mr. Kaplan is a Pulitzer Prize-winning journalist. 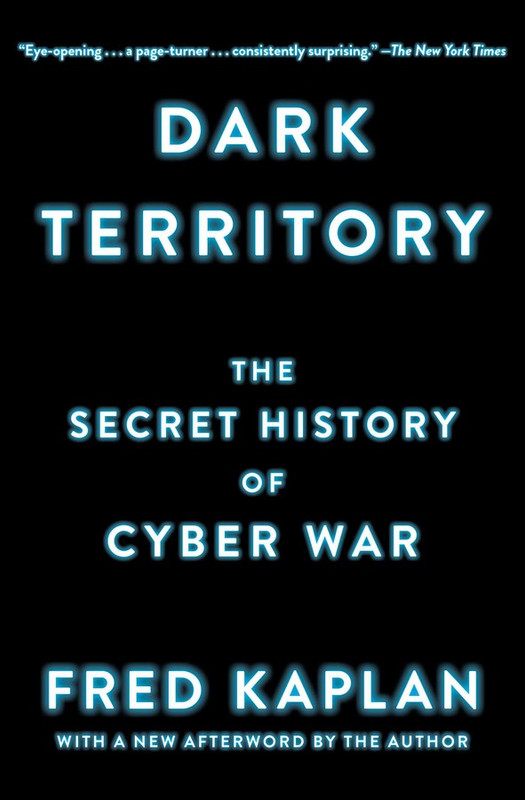 The subject of the book might sound bombastic and technical, but this page turner is readable and understandable. In Dark Territory: The Secret History of Cyber War, author Fred Kaplan not only has to define technical terms, but also explain bureaucracy, intelligence and surveillance to the average reader.

One of the main points of the book is that we are still preparing for the last war, instead of the next one. This is despite some high-ranking individuals who routinely sounded the alert and raised the red flags when it came to electronic network vulnerabilities.

The author tells us that the military was very uncertain of changes, after all they’re used to fighting with guns and tanks, not with mice and keyboards. In this day and age though, mice and keyboards could do a lot of damage from a very far distance.

Some fascinating stories and anecdotes are included in this book, such as the time President Ronald Reagan saw the movie War Games and asked the Chairman of the Joint Chiefs of Staff if it would be possible for a teenager to execute an attack. Later on, General John Vessey informed The President that, indeed, this was possible and the outcome was the US government’s first directive on cyber warfare.

The author is particularly severe on the administration of President George W. Bush (43) whose administration ignored urgent warnings from intelligence and security officials about the threats of cyber war and the damage that could be done.

The book also touches on the the way we collect information, and the fine balance between security and privacy (even though that fight has been lost). Mr. Kaplan paints a clear picture of an incompetent and unyielding administrators, in both public and private sectors, playing politics and holding grudges while the decisions about the security of the American people are only a second hand thought.