Article first published as Book Review: Command Influence: A Story of Korea and the Politics of Injustice by Robert A. Shaines on Blogcritics.

“Command Influence: A story of Korea and the politics of injustice” by Robert A. Shaines  is a first hand account of the trial of Lt. George C. Schreiber by his military defense attorney, who is the author.  At the time Mr. Shaines was a young idealistic attorney, part of a defense team which had a losing battle on their hands. 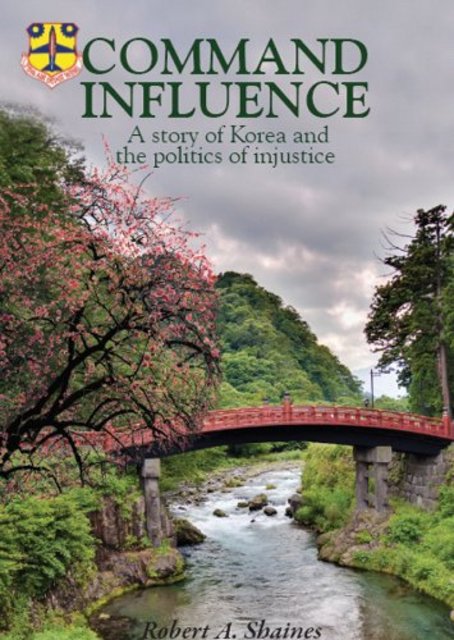 “Command Influence” by Robert A. Shaines is a captivating book in which Mr. Shaines recounts his memories as a defending lawyer in the case of The United States v. Lt. George C. Schreiber.  Lt. Schreiber was the appointed scapegoat in a trial for the murder of a Korean man (whose real name was never found).  Mr. Shaines, a military attorney on the Lieutenant’s defense team, was fighting a battle which outcome was already decided.

Part of the book is a scathing criticism of what was then the Uniform Code of Military Justice (UCMJ), part of it is a memoir and part is interjections by Mr. Shaines himself.  The title of the book comes from what Mr. Shaines said drove the trial – mainly that those in command influenced the outcome regardless of justice.  Unfortunately “command influence” is still seen these days, if not in the courts then in reshaping history.

As a former solider myself I can certainly understand how a lowly grunt feels when being grilled by a superior officer, looking for the “right” answers regardless of what is just.  On top of that keep in mind that not having the “right” answers could make your life extremely difficult – the last thing a grunt wants in a war zone.

Mr. Shaines goes to great lengths to make his point, that is that Lt. Schreiber was set-up by the commanding generals to appease the Koreans and the mother of the solider who actually killed the Korean man (the Lt. was charged with giving the order).  The author provides letters, quotes court transcripts, conversations, press releases and other relevant material.

This is a very convincing memoir and I have no doubt, as does the author and anyone who actually followed the trial (including lawyers not on the team) as to Lt. Schreiber’s innocence.  It is fascinating to read the transcripts and get the lawyer’s opinion of how those questions and answers made an important point during the trial, how the behavior affected the outcome and what it’s like to deal with/ argue in-front of a hostile person who outranks you.

To me, the last few chapters were especially fascinating and by themselves worth the price of the book. Mr. Shaines goes on to explain how this specific court case is still relevant to this day. The case forced U.S. Congress to tweak the UCMJ and put better measures in place to protect civilians who have been discharged from the military.  The implication of this case still resound with us today where the President can order a citizen arrested without trial and the shadow of Guantanamo Bay floats over the news headlines almost daily.

However, I thought the book could be a bit better written and edited.  The narrative didn’t flow smoothly at times, some of the descriptions were reiterated unnecessarily and I don’t know if it was essential at times to quote from the transcripts verbatim instead of simply summarizing questioning and adding the transcripts as appendices at the end of the book.  Not that the transcripts (for example) weren’t valuable, they were, but sometimes they just slowed down this important story and the feeling of how most all involved were simply pawns in a power game among the military high command.

For 23 year old Air Force lawyer (and author of this memoir) the charge makes no sense and he does his best, convinced of Lt. Schreiber’s innocence, to get the accused released.

Mr. Shaines left the following comment on the review as published on blogcritics.org :
“Thanks for the review. I agree with your comments about some of the transcript being too much. However the quality of the transcript was such that it would not have been useful to add it as an appendix as much of it would not have been very legible. Plus, with diffferent court reporters of varying skill writing the verbatim transcripts, some of it wouldn’t read very well. So I did the best I could with what I had to keep it interesting. Overall I appreciate your review including the critique.“

A relevant book for today’s world – buy it here*
More Books by Robert A. Shaines*

Command Influence: A Story of Korea and the Politics of Injustice by Robert A. Shaines