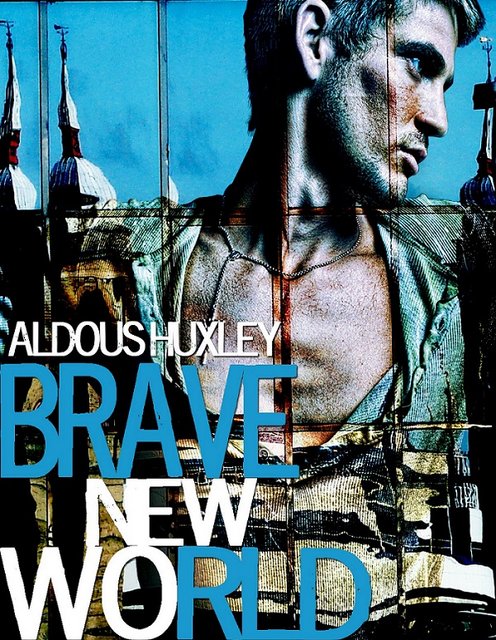 It is certainly understandable how Brave New World by Aldous Huxley became a classic. The story is intriguing, and emphatically gives the reader much to think about.

Aldous Huxley dreams up a world which seems eerily familiar almost a decade later. A businessman is being worshiped in a cult like manner (Ford in this case), and society is bred for menial jobs. Subliminal messaging is conditioning the populace unknowingly (much like today’s huge disinformation campaigns). The economic model encourages people to be wasteful (like our society of throw away and buy new). Casual sex is encouraged, and the citizenry is constantly engaged in something (they don’t have cellphones or social media, but that’s a similar idea) just to keep them busy.

In the world Huxley created, there are no banned books, because no one reads. The citizenry is thus drowned in irrelevant things that they wouldn’t know the truth if it hit them on the head. The culture is trivial, but the appetite for distraction, and destruction still exists.

In this Brave New World, there’s no disease, or famine, or hunger, or thirst, or war. There’s plenty of sex to be had, and societal order which many aspire to – but there’s also no freedom. Religious symbols are replaced with worship of a corporate entity (T instead of the cross, for Ford’s model-T). in this age of consumerism, I can certainly see how one’s identify is directly pinned on the products they acquire (iPhones, Rolex, Hummer, etc.).

This is the first time I read this book, and now I understand why people re-read it. I know it would have had a whole different impact on me, or no impact at all, at different stages of my life.

London –  632 AF (After Ford), people are an engineered being, brought into the world through artificial womb and being indoctrinated into predetermined castes. Bernard Marx, a psychologist who has an inferiority complex is questioning society’s use of drugs to keep its citizens peaceful.

Max and his girlfriend, the beautiful Lenina Crowne, take a vacation to New Mexico where they observer natural-born people (savages) who succumb to disease, old age, and practice religion. At the reservation they meet Linda, who also came on a visit and was left behind. Linda is living on the reservation with her son, John.

John has been taught to read, but the only books he has available are a scientific manual and the complete works of William Shakespeare, which he quotes often. Bernard gets permission to take Linda and John back to London. John is now a celebrity, who is connecting to literary persona, but soon become jaded and tries to stop the lower caste from taking soma.

Bernard, and Helmholtz (John’s literary friend) are exiled to the Falkland Islands for antisocial activities, but are told it’s a reward. John moves to an abandoned tower in Puttenham.