“Field Gray” by Philip Kerr (website) is a fictional novel taking place alternatively between the 1931 and mid 1954, mostly in Berlin. The book is 7th novel starring Bernie Gunther (fan website). 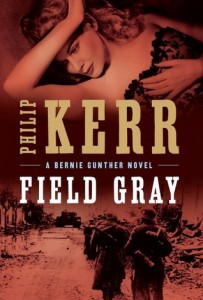 I seem to have no luck with series of books I like. I usually find them after several books have been published and feel compelled to play catch up. “Field Gray” by Philip Kerr is no exception on this front.

The novel follows Bernie Gunther which has to be one of the most antiheroic antiheroes ever written. Joining Gunther are a bunch of offbeat characters none of which, it seems, have any redeeming qualities. Maybe that’s what the “gray” in the title refers to (besides the German army’s uniforms made by Hugo Boss) as there are no good or bad guys in this book; they are all shades of gray.

Mr. Kerr writes with a sardonic, twisted and dark sense humor. This is just the kind of humor which my beloved wife finds adorable…wait, sorry, she can’t stand it – sometimes I get confused between the two.

The plot kept me going round and round with its twists, as well as thought provoking subjects. I had no idea what would happen until the last few pages. The writing is crisp, atmospheric and noir. Mr. Kerr pulls no punches; he looks at history in the eye, sees all the ugliness which most people would rather forget and instead writes about it.

Bernie Gunther is an unusual creation; he is cynical, tired, tough on himself and done many things none of us would be proud to do. He is an insane man living in an insane world (does that make him sane?) where the only way to survive is to lookout for one self and that means screwing over everyone else (who, by the way, are trying to screw you over). I lose my mind when the cable company charges me a do-nothing-because-we-can fee, but Bernie lives everyday knowing that at any point in time someone can swoop in and destroy everything he built in an instant.

One of the things which the book, through my interpretation at least, touches is how ordinary people could justify participating in atrocities.
Think about it.

There weren’t only Nazis in Auschwitz, there were secretaries, cooks, and other administrative no-bodies. They bore witness to one of the biggest, if not the biggest, crimes in history yet we have pictures of them enjoying a country side picnic.

Inadvertently or not, we get a glimpse into that kind of mentality with Bernie Gunther. He was forced into the SS and committed his own atrocities; in his head they are justified.
We only get to read his side of it.

Question: Have you ever read a book which you didn’t like any of the characters, yet still loved the book?

The past of Bernie Gunther catches up with in 1954 Cuba while doing work for mobster boss Meyer Lansky. Even though this anti-Nazi PI survived the Nazi regime and a soviet POW camp it seems his history won’t leave him alone.

Landing in the US prison of Guantánamo and later in New York City, Bernie is interrogated by the FBI about his role as a member of an SS police battalion in WWII. Transferred to Landsberg Prison in German Bernie is being questioned and tortured by several governments. Stringing them along, Bernie experiences flashbacks which bring back his war experiences, none of which are good.

BOOK BLOGGERS – Have you read “Field Gray”? If so link up your review below 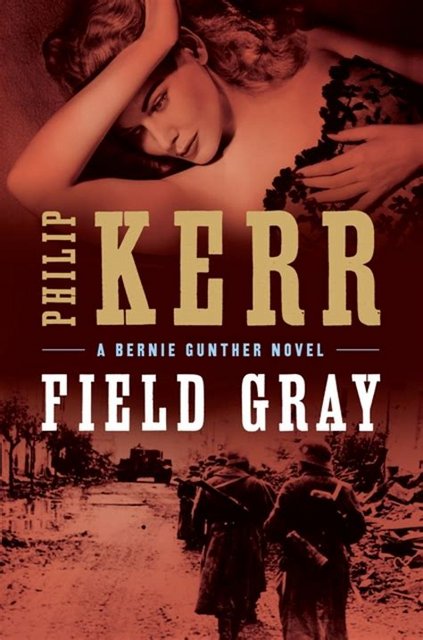