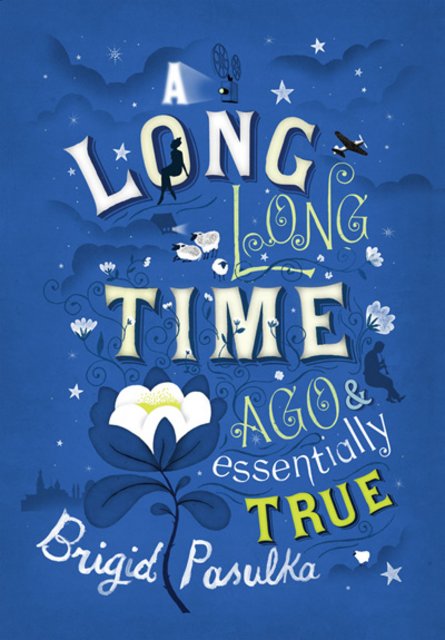 “A Long, Long Time Ago and Essentially True” by Brigid Pasulka is a fascinating fictional book tells the stories of two generations of the same family in Poland. The chapters alternated between the grandparents’ experience in WWII war years & beyond, and their granddaughter’s life in the mid 1990’s living their dream in Krakow after leaving Half-Village, the rural home.
I found the story of the grandparents more interesting. The golden handed “Pigeon” who falls in love with the beautiful Anielica (who looks like Veronica Lake) and builds her parents a new house in their small hamlet before he asks for her hand, only for their future to be interrupted by the impending German invasion. The author fashions the tale in an almost fairytale like narrative spiced with European / Yiddish humor which I found hilarious.

The chapters about the granddaughter, Beata, reveal to the reader the new Poland; while Beata’s own life is being put on hold. Instead of harsh rural life it’s a harsh city life where the Germans invade as tourists and the only thing the English try to liberate are women’s underwear. Along the way the reader gets to find out about the shaping of Poland and the Poles’ character through foreign occupations and rapidly changing political systems.
The characters in the book are fascinating, engaging and well drawn. The grandparents story is told in a fast pace style -as was their lives, while Beata’s story is told in a more steady, almost frustrating pace – as is her life. However, the author managed to make it all work and bring the story to a fulfilling ending which won’t leave you empty.

My rating for A Long, Long Time Ago and Essentially True – 5
Zohar – Man of La Book

I got a note from author Brigid Pasulka about this review – cool:

about it!)  I’m so glad you liked it.  I’m actually on a writing residency
now, working on the second novel, and, as I’m sure you know from writing
your web site, knowing there is an appreciative audience out there just
makes it that much easier.

A Long, Long Time Ago and Essentially True by Brigid Pasulka