Sharon Kay Pen­man (web­site | Blog | Face­book) writes wonderful historical fiction books (and a resident of my home state of New Jersey). I recently read her new novel “Lionheart” (book review) which follows Richard I, or as he is better known Richard the Lionheart through the Third Crusade. I was very happy when she agreed to answer a few questions I had. 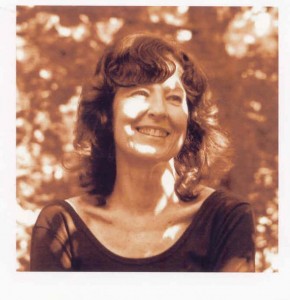 Q. Did you feel that your prior books about Henry II and Eleanor of Aquitaine naturally build into Lionheart?
A. Yes, most definitely.  I’d actually intended to end the Angevin saga with Devil’s Brood, but Eleanor and Richard had other ideas.  If I didn’t know better, I’d think they were whispering to me in my dreams at night.  Whatever they were doing, though, it worked.  Fortunately for me, my editor agreed that Richard’s story was worth telling.  I always try to make sure that each book is readable as a stand-alone, so Lionheart can be read by those who have not read the trilogy about Henry and Eleanor.  But I was delighted to be able to do a fourth book in my saga about one of history’s most dysfunctional families.

Q. The research for Lionheart is remarkable.  How long did it take you to write the book and do the research?
A. In the past, I was given three years to research and write one of my historical sagas. I only had two years to do Lionheart, though, and I began to panic when I was at the half-way point, for Richard and I were still bogged down in the Holy Land.  A friend then came up with a brilliant idea—why not tell Richard’s story in two parts?  I’d done this in the past with his parents’ history, and there was a natural breaking-point, for the Third Crusade was the defining experience of his life.  So Lionheart ends after Richard has made peace with Saladin and sails for home—or so he thinks.  A King’s Ransom (which will be out in fall 2012) will cover his improbable adventures as he tries to get back to England and then the remaining years of his reign.

With respect to the research, I was very fortunate with Lionheart, for I had a treasure-trove of contemporary resources to draw upon—chronicles written by men who’d accompanied Richard on crusade and by men who were members of Saladin’s inner circle.  I actually had eye-witness accounts of the battles by men who’d fought in them, and because I had access to both crusader and Saracen chronicles, I was able to get a remarkably balanced view of events during the Third Crusade.  The only drawback is that Lionheart has spoiled me for future books, as I’ll never have such rich sources again.

Q.  Where do you, as a fictional history writer, draw the line where history ends and fiction begins?
A. This is such a good question!  I tend to be obsessive-compulsive about historical accuracy, one reason why my friends and family will no longer go with me to see historical films; they got tired of listening to me muttering into my popcorn as script-writers rewrote history in Braveheart and Kingdom of Heaven.  So although historical fiction obviously must draw heavily upon the writer’s imagination, I try to build a strong factual foundation, too.   And I also try never to violate what I consider to be the historical novelist’s prime directive:  Do not defame the dead.   While this has always been my eleventh commandment, I must give credit to my fellow historical writer Laurel Corona for expressing the philosophy in such a pithy, memorable phrase.

Q.  What are the challenges of book promotion in the social media age?
A. I am not a child of the Computer Age.  The spirit is willing, but I am technologically challenged.  I didn’t join Facebook until two years ago, at the urging of my publisher.  To my surprise, I found I really enjoyed it.  Social networking sites like Facebook and Goodreads and LibraryThing offer a wonderful opportunity for writers and readers to inter-act.  The one drawback is that they take up so much time—writing time.  So I need to learn how to strike a better balance.  But I think the advantages definitely outweigh the disadvantages, for writers in the social media age have been empowered by all these new possibilities.  We can promote our books in ways that were not even dreamed of ten years ago.  But the “old-fashioned” promotional events have their own appeal; on my Lionheart tour, I am going to be able to meet many of the readers who’ve been commenting on my blogs and Facebook pages.  Since some of them are new readers, people made aware of my books by social networking sites, I feel as if I have the best of both worlds.

I think that Ms. Penman’s friends and my wife can commiserate about movies. I also mumble in disbelief when they re-write history. The aritistic interpretations don’t bother me as much as the thought that most people don’t know any better and take the movie’s depiction as facts.

Thank you for the great answers, especially about the process of writing historical fiction.