Joseph Braude (web­site | Twit­ter | Face­book) has a new book called“The Hon­ored Dead: A Story of Friend­ship, Mur­der, and the Search for Truth in the Arab World” (book review). It is a smart, nonfiction book written in lyri­cal prose and engag­ing story. Mr. Braude was kind enough to answer a few questions about “The Honored Dead”, publicity and Middle East culture. 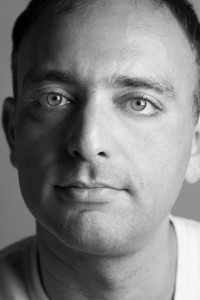 Q. How did you come up with the idea for this book?
A. It started in my head, evolved in my gut, and finally came full circle. I embedded with the Casablanca police for a street-level view of the tension between an Arab security service and the society it controls (or tries to). You can see the tension I mean on TV every night, with cops and demonstrators clashing in nearly every Arab capital. But I stumbled on one particular homicide that I couldn’t stop thinking about: there were Muslims and Jews involved, rich people and poor people, and a murder victim who was an enigma to everyone who knew him. The victim’s best friend couldn’t sleep until he learned the secret behind the crime, and his suffering moved me. So I became as much a private investigator of the homicide as an observer of the inner workings of an Arab regime. But when I finally learned what the police were covering up, the secret spoke to the relationship between Arab cops and civilians in ways I couldn’t have imagined.

Q. Did you feel that the Casablanca Police were “putting on a show” for you, as an embedded reporter with unprecedented access, to get some positive publicity?
A. They weren’t putting on a show that night in the shantytown when I watched them beat a man senseless. At least, not the kind of show you’d expect. I also witnessed effective, nonviolent questioning of suspects that I believe was genuine. On the other hand, outside the precinct walls I interviewed victims of brutality which I had apparently been denied the chance to observe . Moreover, there was a significant cover-up in the murder case I mentioned – and police made it difficult for me to uncover it.

Q. We in America are taught, almost from day one, about the separation of church and state. In the Middle East however, the line between religious law and secular law blurs – sometimes they are even contradictory. Did you find that the struggles which exist in secular countries – religious morality vs. civil law – exist in also Morocco? Did you find that the Moroccan people prefer one or the other, or are they happy (as one can be) with their system?
A. I find that Muslim majorities are comfortable with a limited amount of Islamic law woven into their legal systems – like some aspects of family law, for example. But when Islamist parties begin to encroach on popular culture and the public sphere, you can count on a vocal subset of the population to push back. A few weeks ago in Morocco, an Islamist coalition tried to ban a music festival – and when the king took a stand in favor of the festival, a whole lot of Moroccans supported him. Back when I was a graduate student in Tehran, I learned how resentful many women were about being forced to wear the chador. And I think most Arab Muslims are opposed to the maximalist notion of a “caliphate” to rule the whole region according to a strict interpretation of Shari’ah.

Q. It seems that almost all religions are used by zealots to justify unethical behavior (killing, theft, etc.). Why do you think people, who are otherwise ethical, intelligent and rational in their own personal lives, fall for such schemes?
A. In some cases, they are persuaded to do so by an ideology in which the ends justify the means. Suicide bombers believe they are sacrificing their lives – and those of others – for the sake of justice. In other cases, they believe in an ethical system that only applies to people who share their faith. Thus it was ok for Morocco’s Belliraj terror organization to steal gold from Christians in Europe in order to fund their activities. Even in the United States, I know of some Jews as well as Muslims who don’t believe they should have to pay taxes in a country ruled by “gentiles.” Which gets them into trouble, of course.

Q. What are the challenges of book promotions in the social media age?
A. Ask me at the end of the summer when my promotional campaign winds down. 😉 This is uncharted territory for most writers, and there’s a generation gap, in that a whole lot of 12-year-olds are better Tweeters than I am at 36. But I’m doing the best I can: blogging (http://josephbraude.com/blog/), Tweeting, (@josephbraude), and spreading the word via Facebook (http://on.fb.me/msBIfA). I’ve also produced a cinematic-style book trailer which you can view on my home page, www.josephbraude.com; as well as footage from inside a Moroccan police precinct (http://josephbraude.com/jbraude-videos.php), all of which I hope people will share with their friends online. In general, I think readers of narrative nonfiction expect more content from authors in the social media age. I’m blogging and Tweeting because I want to have a conversation with my readers. And I brought the digital movie camera along to the precinct in Casablanca so that readers would have access to additional materials that would supplement their experience of the book.

Shame­less plug dis­guised as a ques­tion: Why do you love ManOfLaBook.com so much and often visit the web­site?
Wise guy answer: I like the name Zohar because I studied the Zohar (the foundational work in Jewish mystical thought, for your readers who don’t know) as a student in a Jewish day school in Providence, Rhode Island. I share your interest in mysteries and thrillers, beginning when I was a child listening to old-time radio shows such as Suspense and The Shadow, and right on through my own work with the FBI on counterterrorism cases. The blog is user-friendly and the reviews are charitable yet honest and useful in providing a flavor for the book. And now I’m vested in the blog’s success – so hopefully millions of people will join your regular followers. I’ve added you to my blogroll (though I’m duly humble about how helpful that will be)!

Thanks to Mr. Braude for answering my questions. I appreciate the candor and the time it must have took.

Article Name
Author Q&A with Joseph Braude
Description
Joseph Braude has a new book called“The Hon­ored Dead: A Story of Friend­ship, Mur­der, and the Search for Truth in the Arab World”. It is a smart, nonfiction book written in lyri­cal prose and engag­ing story. Mr. Braude was kind enough to answer a few questions about “The Honored Dead”, publicity and Middle East culture.
Author
Man of la Book
Publisher Name
Man of la Book - A Bookish Blog
Publisher Logo