James R. Benn (website) is the author of the Billy Boyle (Reviews) book series.  As a fan of historical fiction as well as consuming everything I can about the World War II era I immediately took to the series of a Boston Cop investigating crimes in Europe.

And you know what? I also learned a thing or two along the way. 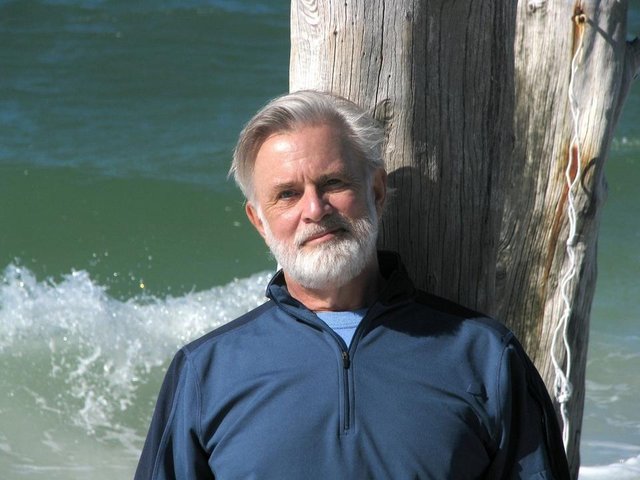 Q. How did you come up with the idea for a Massachusetts Yankee in the Court of St. James? (apologies to Mark Twain).
A. From the movie The Godfather. I was always curious about the opening wedding scene, where Michael sits alone in his Marine uniform, with all his medals. He’s the outsider within an ethnic clan that cares little for the war that has just ended. For the Corleones, it’s all about family. So instead of Sicilians at the end of the war, it’s Boston Irish at the beginning. The Boyles are dedicated to each other, a free Ireland, and look with suspicion upon another war to rescue the British Empire.

Q. The Billy Boyle books center around not-so-well-known events during World War II. How do decide which events to write on?
A. I look for events that are not well known, but also ones that can be illuminated through a personal connection. Although I may end up explaining an issue globally, I want to explore it through its effect on individual personalities.

Q. General Eisenhower is Billy Boyle’s relative (second cousin but old enough to be called “uncle”) and presents some wonderful dilemmas. Do you feel that being the commanding general’s nephew is more of a burden or a blessing to Billy?
A. Well, Billy and his family think it’s a blessing, since they count on Uncle Ike staying safe in Washington DC, where Billy is first assigned. But as Ike is appointed to command in Europe, the choice becomes more dangerous and burdensome. The real burden is that Ike teaches a reluctant Billy the terrible mathematics of war; that some must die today so that more will live tomorrow. Billy wants no part of that responsibility, but is pushed toward it to a greater degree with each book.

Q. Do you use social media to promote your books? If so how do you find the experience?
A. Yes, but I’d rather be writing. And I don’t mean tweeting. Facebook, Twitter, they are all a time sink and there’s no way to assess their value.

Q. The  books covers are wonderful WWII noir style (is such style exists) who create them and do you have any input?
A. Soho Press brought in a design team to create a specific look for the books, and they’ve done a terrific job. I am the exception to the rule that authors have no say on the cover art; they do ask for ideas, and run preliminary drafts by me. We pay a lot of attention to authenticity as well as the noir propaganda poster style look.
(The website for the designer is http://www.cosgrovedesign.com/)

Shameless plug disguised as a wise ass question: Why do you love ManOfLaBook.com so much and often visit the website?
Wise Guy Answer: Because you are Da Man Of the Book!

I’d like to thank Jim for taking time to answer my questions.  If you read my reviews of the Billy Boyle books I’ve read you’ll know that so far I’ve enjoyed them very much and I recommend them highly.

Article Name
Author Q And A with James R. Benn
Description
James R. Benn (website) is the author of the Billy Boyle (Reviews) book series.  As a fan of historical fiction as well as consuming everything I can about the World War II era I immediately took to the series of a Boston Cop investigating crimes in Europe.
Author
Man of la Book
Publisher Name
Man of la Book - A Bookish Blog
Publisher Logo