The Ministry for the Future by Kim Stanley Robinson is a futuristic novel about a UN department advocating for future generations, in a world being destroyed by climate change.  Mr. Robinson is an award-winning science fiction writer. 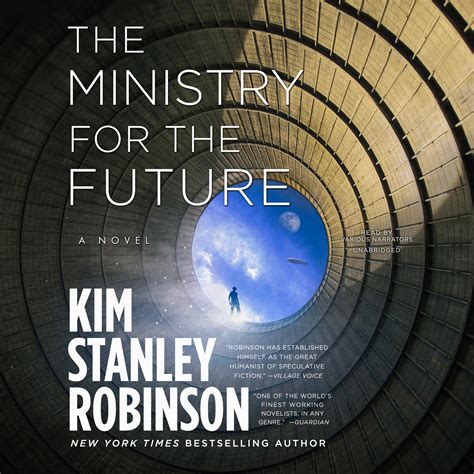 My immediate thought after finishing this book was that this is truly science fiction, with the emphasis on “science’.  The Ministry for the Future by Kim Stanley Robinson is not just a disaster book, it envisioned solutions, as improbable as they are. For example, a whole section is dedicated to scientists attempting to pump water from under the ice caps, supposedly to prevent them from sliding int other ocean, with certain catastrophic results.

Mr. Robinson sets the scene for the reader. The world is burning, there are unsurvivable heatwaves, together with wet-bulb of humidity is factored in. India is the one suffering the most, with towns being wiped out in a week or less.

The hard science parts are certainly ambitious, and helpful. The author goes into such topis as oceanic physics, as well as science of the atmosphere (explained by a fictional expert). I also found the speculative science very interesting, especially when it came to military strategy and hardware.

My only complaint is that the book is too long, one can easily get confused, especially with several unnamed speakers. I did, however, really enjoyed the huge cast of narrators. They did an excellent job presenting the story, even though it was a bit uneven. There seem to be little coordination between the narrators, as if they were recorded outside the studio. Others seem like they only did one take, mispronouncing words, as well as funky sentences.

I’m being picky, though, I’m glad I listened to this work. This is an important, engaging, ad immersive story, the audio version, however, lacks a bit.

An international climate-crisis UN body has been crated, charged with defending future inhabitants of Earth, this body was dubbed the Ministry for the Future. Mary Murphy, ex-minister of Ireland has been put in charge.

Mary is still trying to find her footing when she finds out that she might, or might not, be also responsible for a black ops wing. However, a terrorist network called “Children of Kali” is a thorn in her side, using missiles to crash jets, as well as cargo ships, in protest of carbon emissions.

Buy The Ministry for the Future from Amazon.com*
More books by Kim Stanley Robinson*

The Ministry for the Future by Kim Stanley Robinson - Audiobook