The Bastard Brigade: The True Story of the Renegade Scientists and Spies Who Sabotaged the Nazi Atomic Bomb by Sam Kean tells the story of how the Allies were attempting to stop the Germans from getting a nuclear bomb. Mr. Kean is a writer and author who specializes in scientific articles. 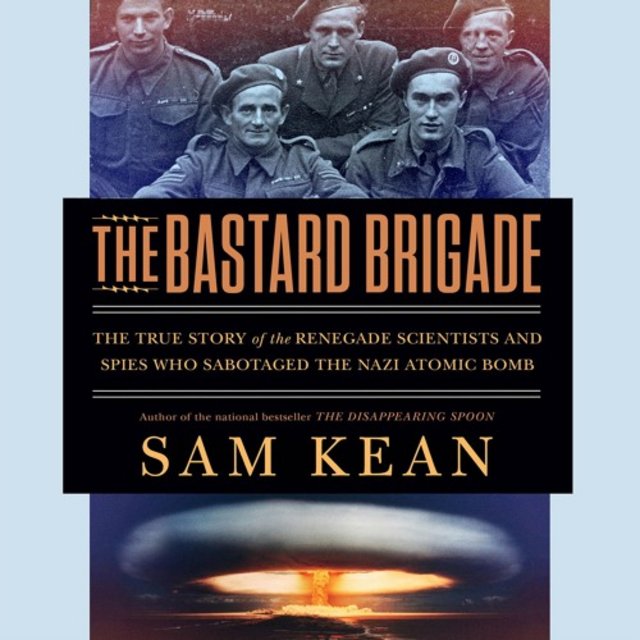 What happens when you recruit a bunch of rogue geniuses and send them to enemy territory to save the world?
You get a great story that is better than any fictional mind can come up with.

What I especially like about Mr. Kean’s writing is that, like Mary Roach, he has the talent to explain complex scientific theories, in a simple manner. I’m no scientist, and I don’t wish to be one, but I could follow his writing and logic. I am not smart enough, and never will be, to build a nuclear bomb, but I now have a basic, very elementary, understanding of the science behind it.

I loved this eclectic group of well-meaning, extremely smart, amateurs taking on Nazi Germany. It was equally as interesting to read about the German academia wrestling with what they are being asked to do by a fascist regime.

The star of the book, a major league Jewish baseball player, Moe Berg is an intriguing character. A genius, who is as charming as he is smart. Berg was a famous baseball player, a well-traveled man, who sometimes got recognized due to his fame, but nonetheless was an ace operative.

This book is very entertaining, well written, and, as far as I can tell, well researched. The narration by Ben Sullivan is entertaining, lively, as well as easy on the ears.

The Bastard Brigade: The True Story of the Renegade Scientists and Spies Who Sabotaged the Nazi Atomic Bomb by Sam Kean