Syria’s Secret Library: The true story of how a besieged Syrian town found hope by Mike Thomson tells of how people found hope and resilience in times of war. Mr. Thomson is a reporter and a presenter on television and radio. 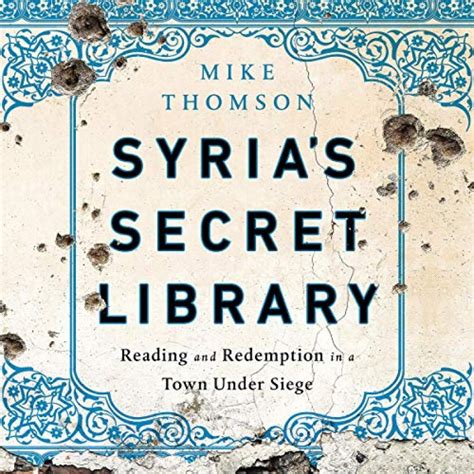 This is an inspiring tale of purpose, courage, hope, and a universal love of books, education, and literature. The story takes place in Daraya, a small town southwest of the Syrian capital Damascus. Daraya has been under siege for four years by President Assad’s forces, under artillery fire, and sniper attacks, with little food.
But they managed to create a library!

Some of the people in the town started collecting books from destroyed homes, putting them in a secret, and hopefully safe, basement. The library’s fame was whispered around, and even though it was a dangerous feat to get the books, or even get to the library it flourished. School teachers, literature lovers, college students, and even medical professionals came to read, or learn from the books.

A portion of the book is dedicated to the situation in Syria, how it started and how the world is reacting to it. If you, like me, are interested in world events there’s nothing new here but I’m glad the author included this context within the narrative.

Mr. Thomson is a journalist, and he brought the story of the library to the western world. However, the writing was disjointed, going from first-hand accounts to online contacts. He is telling the story of the people in the town of Daraya, but we see it from his point of view.

Syria’s Secret Library by Mike Thomson is an incredible book, showing how people yearn for some sort of normalcy in times of war. The descriptions of the town, library, and people involved are charming, as well as the value of reading. David Rintoul does an excellent job narrating the story and getting the pronunciations right.